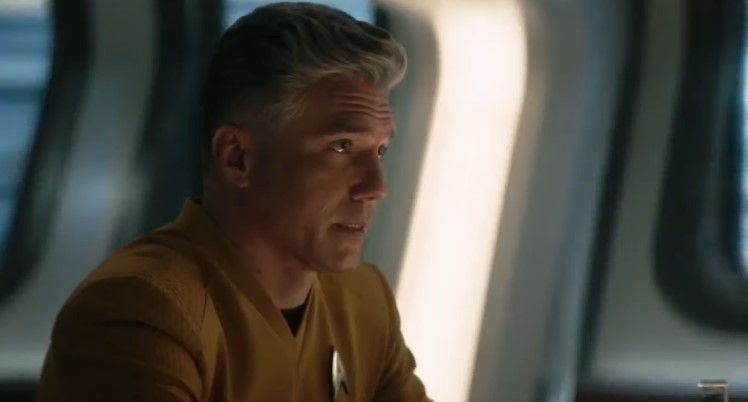 Anson Mount’s Captain Pike became a fan-favorite when he showed up in Star Trek: Discovery, and now he’s ready to take the spotlight (alongside some familiar Trek characters) with the upcoming Star Trek: Strange New Worlds on Paramount+.

Check out the new trailer:

Though this series takes place in the same realm as Discovery, it looks like Strange New Worlds is going to be having a different overall tone when it comes to the series. Like Kirk, Pike seems to be kind of aloof and cocky, but don’t let that fool you into thinking he’s not a good captain. Besides that, it looks like we’re going to be having another look at the Vulcan time of mating (or Pon farr) as we see a more intimate and sexual version of science officer Spock.

If The Orville has taught Trek fans anything, it’s that the Trek franchise is best known for its core humanitarian themes rather than its hard science fiction—that’s what allows any audience member to just jump in on the show. While I expect Strange New Worlds to still have an overarching story, I think the lighter mood in the trailers seems to be what sets this series apart from Discovery.

STAR TREK: STRANGE NEW WORLDS is based on the years Captain Christopher Pike manned the helm of the U.S.S. Enterprise. The series will feature fan favorites from season two of STAR TREK: DISCOVERY: Anson Mount as Captain Christopher Pike, Rebecca Romijn as Number One and Ethan Peck as Science Officer Spock. The series will follow Captain Pike, Science Officer Spock and Number One in the years before Captain Kirk boarded the U.S.S. Enterprise, as they explore new worlds around the galaxy.

Catch Start Trek: Strange New Worlds on Paramount+ when it premieres on May 5.