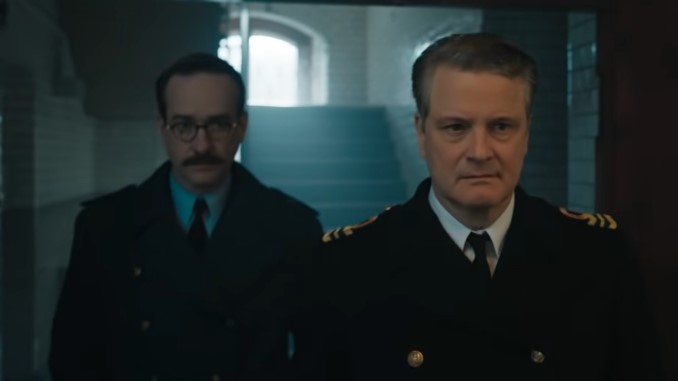 Colin Firth may not have been in the last Kingsman film, but we get to watch him do some more espionage with the upcoming Netflix feature Operation Mincemeat. We just got a new trailer for the movie, and it features a star-studded cast which includes Kelly Macdonald, Matthew Macfayden, and Jason Isaacs.

Watch the trailer for Mincemeat here:

Hoping to change the course of World War II, and save tens of thousands of lives, two intelligence officers plot to break Hitler’s deadly grip on Europe by recruiting the most unlikely of secret agents: a dead man.

The movie is actually based on a book by Ben Macintyre, with a script from Michelle Ashford. John Madden is also at the helm of the film.

While the trailer does make its best to make the series look dramatic, I kind of thought that the plot had a more comedic approach to it, seeing that absurdity of trying to trick the Nazis with a dead man. It also doesn’t help that the trailer features a lot of prominent actors from the political comedy The Death of Stalin.

I guess it’s also worth mentioning that the film actually brings together two generations of Mr. Darcy from Pride and Prejudice. Colin Firth had played Darcy in the 1995 television drama, and Macfayden played the role alongside Keira Knightley in the 2005 movie.

Operation Mincemeat looks like an interesting drama, but I’m betting there would still be some comedic elements just based on some of the trailer interactions. Hopefully it offers an interesting look into WWII and what else was done to try and win against the Nazis.

Operation Mincemeat comes to Netflix on May 11.