In the first two episodes the audience was talked down to by the show as if we know nothing of the Batman lore. Sure, I’m a comic book geek, but the show is even condescending to the general audience. When I first heard the line “call me ‘Cat'” I pictured Danny Cannon and Bruno Heller in the writer’s room distinctively saying: “There’s not enough context clues for them to know who the character is! More hints at their comic book counterparts! More!” Pamela Isley became “Ivy,” the cat-loving Selina Kyle had to be called “Cat,” and Oswald Cobblepot got injured to purposely call him out on his penguin-like walk. 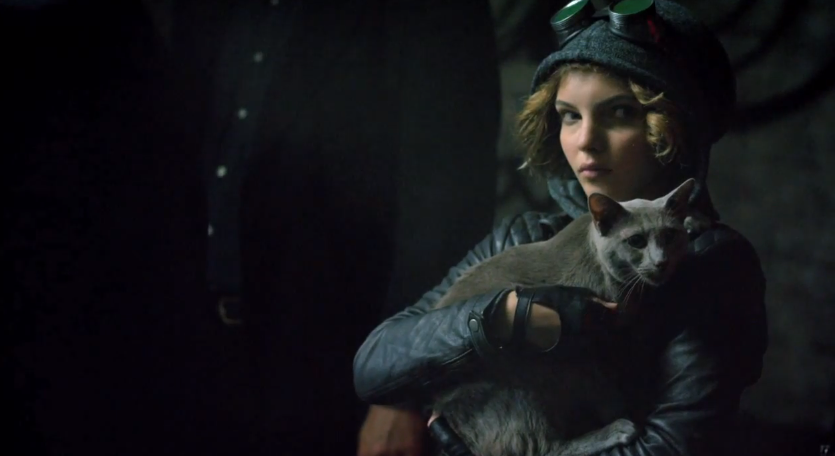 In The Dark Knight Rises, Selina Kyle was never once referred to as “Catwoman,” yet we all knew who she was. Yet, having a name like Edward Nygma is not foreshadowing enough, the character also needs to speak in riddles.