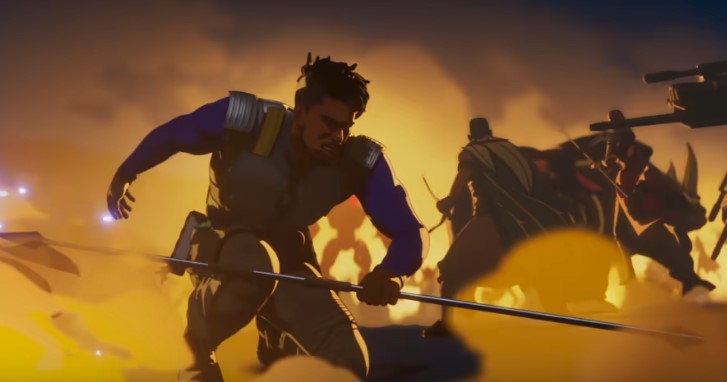 Marvel has been shaking things up with Phase 4 introducing us different types of stories with WandaVision and Loki. We were getting an anthology treatment with the What If…? series, but it looks like this could all build up to a  connected ending.

The mid-season trailer for What If…? sort of confirms a team-up with characters like Captain Carter, T’Challa’s Star-Lord, and both Doctor Stranges. Watch this:

It’s unclear what the team-up (if there even will be a team-up) is about, but with the last episode ending in a cliffhanger, it’s possible that these “Heroes of the Multiverse” will come together to battle zombie Thanos. I mean, with the original Thanos actually having “good” intentions, what kind of villain would a mindless zombie Thanos be?

While endless praise has been showered on Marve’s Disney+ shows like WandaVision and Loki, there has been a little less buzz when it comes to What If…?. I’ll admit, the concepts for the episodes are very interesting, but the writing is pretty flimsy in some places. Besides some corny dialogue, there are some moments that don’t make narrative sense and are kind of brushed under the rug to get to the real “meat” of the episode.

Then again, this is just an anthology series, and I don’t think it’s telling fans to take it too seriously. While they can all be canon with the concept of the Multiverse, I don’t think there are going to be any real stakes when it comes to the main MCU timeline. Then again, we’ll just have to wait and see what happens.

Catch Marvel’s What If…? on Disney+ with new episodes every Wednesday.