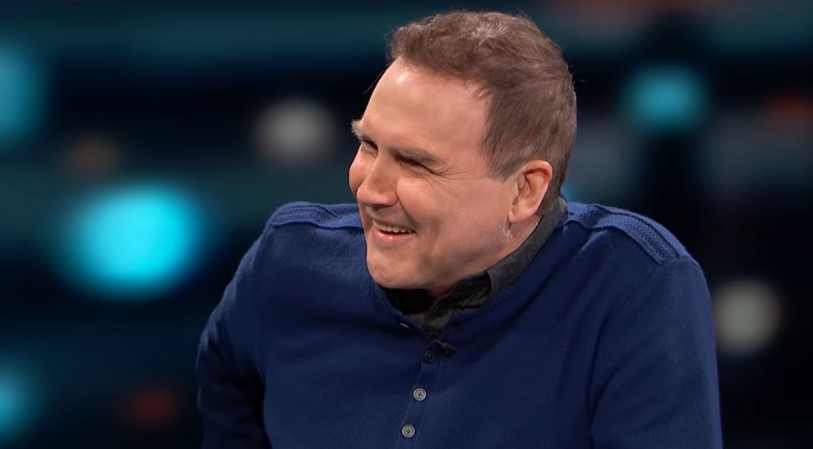 The comedy world had just lost a giant when news came out that Norm Macdonald had passed away after a private battle with cancer.

Talking to Deadline, Macdonald’s longtime friend and producing partner Lori Jo Hoekstra revealed that Macdonald had been battling with the disease for nine years, and had chosen to keep his struggle private from family, friends, and fans. Hoekstra said:

“He was most proud of his comedy… He never wanted the diagnosis to affect the way the audience or any of his loved ones saw him. Norm was a pure comic. He once wrote that ‘a joke should catch someone by surprise, it should never pander.’ He certainly never pandered. Norm will be missed terribly.”

Besides being an influential stand-up comic, Macdonald is probably best known for his anchor role on Weekend Update on Saturday Night Live. He’s also notorious for his take on Burt Reynolds who is frequently at odds with Will Ferrell’s Alex Trebek:

Besides that, Macdonald also has a very distinct voice that fans will recognize in Family Guy (Death) and FairlyOddParents (Norm the Genie). Macdonald has also had a very storied career with credits hat include The Dennis Miller Show and Roseanne.

For now, tributes are coming out for Macdonald online, and fans and friends have been sharing their favorite bits from his work. While Macdonald never did become an A-lister, he is definitely remembered fondly by several people in the industry, and his influence in modern comedy is not forgotten.

“He was the gold standard.” @SethMeyers reflects on the passing of comedy legend Norm Macdonald. pic.twitter.com/kvxi01VN7Z

There was no one like Norm MacDonald ; Every time I watched him perform was a gift. Thank you Norm … thinking of you and your family on this sad day. pic.twitter.com/BfEtja3tqB

To so many people in comedy, me included, there was nobody funnier than Norm MacDonald. You always hoped he would hang around after the work was done, just so you could hear his stories and get a laugh. So hilarious and so generous with his personality. I’m gonna miss him.

Oh man, this is one I didn't expect. RIP Norm Macdonald. Such an instinctively memorable voice. pic.twitter.com/ToljXFmEiH

I once played poker with Norm Macdonald and gushed about how funny I thought he was. “Eh,” he said, “I’m a low-rent Andy Kaufman.”

Today is a sad day. All of us here at SNL mourn the loss of Norm Macdonald, one of the most impactful comedic voices of his or any other generation. pic.twitter.com/KQYuuz5eM9

Norm Macdonald has passed away. He was one of the best comics ever. After we talked in 2011 I couldn't believe what an amazing talk it was. I still can't. One of the best episodes. Here it is. RIP https://t.co/344Ph5pFjn

In 2008 I won a stand-up contest at the WPB improv & got to open for Norm Macdonald. I was so nervous but he was unbelievably nice, hysterical & encouraging. He joked with everyone in the green room & offered punch ups & advice. It was incredible. We lost a real legend today. pic.twitter.com/daXR2181Hj