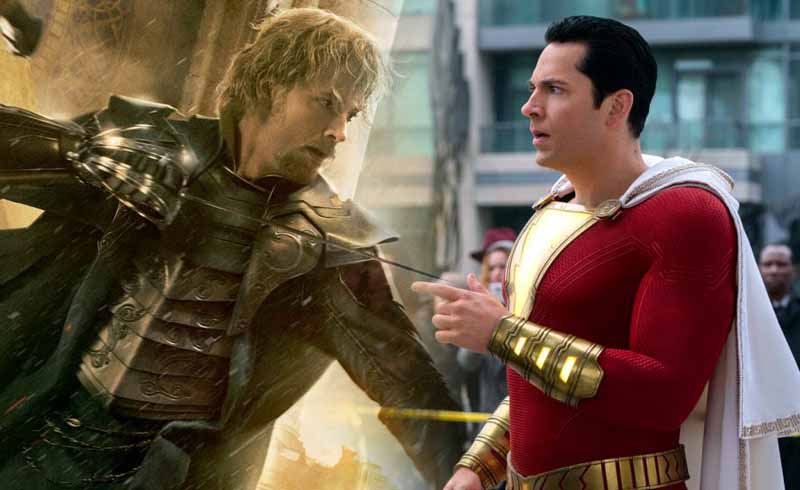 Zachary Levi may be the big star of a DC franchise now, but he has a not-so memorable role as Thor’s friend Fandral in the last two Thor films. Levi looks back at his time at the MCU and remembers how his character was kind of just pushed to the side.

Talking at Dragon Con 2021 in Atlanta, Georgia (via The Direct), Levi comments that he “didn’t really feel like The Warriors Three [(in the first movie)]were used all that well,” and that Marvel promised him that they would use the group more with The Dark World. Levi says:

Despite not having much to do in the MCU, Levi considers his Fandral to have been reborn in the DCEU as the World’s Mightiest Mortal. He continues:

“But also, in hindsight, I got that journey, I died in the Marvel Universe… and then I got reborn in the DC Universe, and I can’t even tell you how unbelievably cool that is and how grateful I am for that. As an older dude, I’m not the young guy on the market who everybody wants to be like ‘oh that’s our cool superhero guy,’ and I’m like ‘I’m the guy that’s been a nerd for a long time, and is like 40,’ and they’re like ‘yea. Actually, you know what, you’re perfect ’cause you never grow up inside.’”

Though The Warriors Three were pretty underutilized, there are some fans who would have wanted to see more of them in the MCU. Perhaps in a What If…? story or maybe the second season of Loki. Let’s just cross our fingers that Levi has the time to make that cameo in the future.