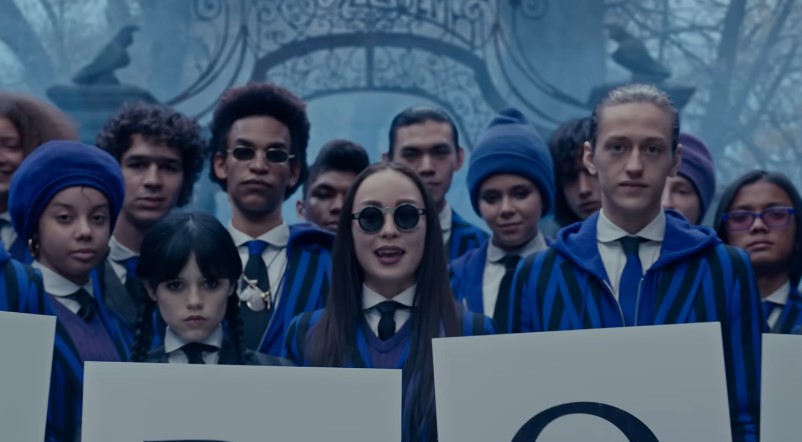 Wednesday Addams has been around a kooky family for as far as we’ve seen her character, but Tim Burton and Netflix are set to expand her horizons by bringing her to an even kookier school in Wednesday.

Just in, we have a new promo for the series giving us a look at Nevermore Academy, it’s lore, and the faculty and students that populate it. Watch this:

Fresh from her guest appearance in The Sandman as Lucifer it’s pretty fitting that Gwendoline Christie would be the lead of Nevermore, holding a tight leash on the school’s crazy students. It also seems that Wednesday’s classmates all have their own unique quirks, which would be interesting to watch when you consider Wednesday—who is usually the weird character being bounced off of ‘normies.’

I’ll admit, I thought the series looked too much like Chilling Adventures of Sabrina, but I’m starting to see that signature Addams Family humor that made the series so unique. Hopefully we’ll get to see some of Wednesday’s family members make cameos down the line.

As of now, Wednesday still has no release date, but I’m guessing the series could premiere on Netflix sometime during the Halloween season.