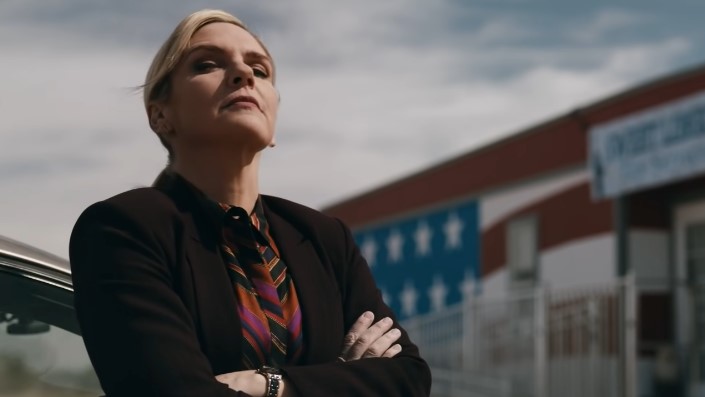 After Breaking Bad and Better Call Saul, everyone is wondering just what Vince Gilligan has in store for them next, and it looks like he’s teaming up with Apple TV+ to deliver it. What’s more, he’s already found his lead actress.

According to Variety, Gilligan’s next show will have Better Call Saul’s Rhea Seehorn as the lead. We don’t have any details about the series yet, but Gilligan did say in a statement that he’s taking a break from antihero characters. He writes:

“After fifteen years, I figured it was time to take a break from writing antiheroes… and who’s more heroic than the brilliant Rhea Seehorn?… It’s long past time she had her own show, and I feel lucky to get to work on it with her. And what nice symmetry to be reunited with Zack Van Amburg, Jamie Erlicht and Chris Parnell! Jamie and Zack were the first two people to say yes to ‘Breaking Bad’ all those years ago. They’ve built a great team at Apple, and my wonderful, long-time partners at Sony Pictures Television and I are excited to be in business with them.”

It’s great that Gilligan should have Seehorn onboard, seeing as she did such a phenomenal job for BCS. Though she didn’t really win that Emmy this year, the fact that the entire series hasn’t won a single thing after 46 nominations is kind of a testament to awards not really reflective of the quality of a show. If anything, fans know that Seehorn is talented, and Gilligan knows it as well—why else would he cast her for his next show.

We don’t know where Gilligan could go this time around, but after his spectacular run with his past two series, I’m sure everyone is gearing up to see what he’ll come up with next.