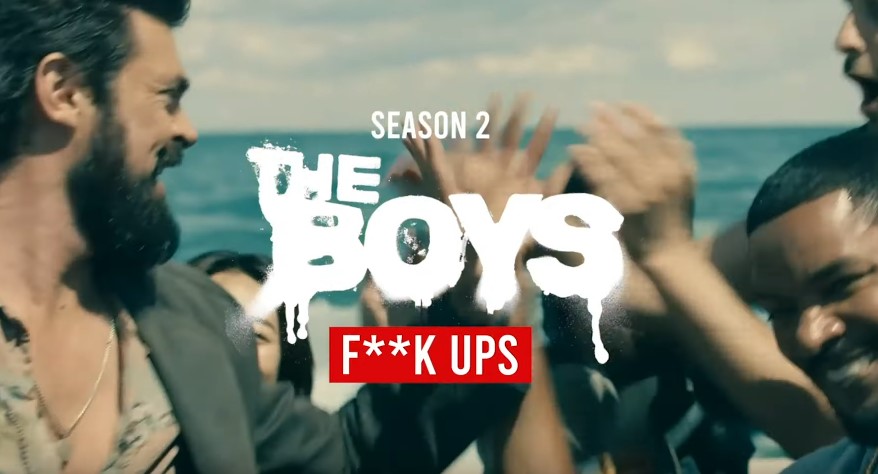 With 2020 having absolutely no comic book films coming out, Amazon’s The Boys has been giving everyone their superhero fix—albeit, it’s chockfull of violence and satire. Off the heels of a successful second season, Amazon has decided to drop the gag reel for The Boys and it has stars like Erin Moriarty and Antony Starr goofing off on set.

With Homelander being one of the scariest elements in the show, it’s grea to watch Antony Starr just laugh at himself—especially when the scenes he’s shooting are kind of Homelander just being an absolute psycho. I guess you have to give props to Starr for making milk-drinking look insane.

Besides that, we also have some fun moments from the rest of the cast like Jack Quaid and Karl Urban. I’d want to see more of the cast like Karen Fukuhara or Laz Alonso, but I guess they just had to make sure that the gag reel was under 5 minutes. Such a shame they couldn’t add in more.

For now, The Boys has been renewed for a third season by Amazon, and showrunner Eric Kripke is hoping he can end everything with five. While it would be great to get more of the show, it’s probably best to go out before things start to get stale. Shows like Breaking Bad and Watchmen knew exactly when to quit. Let’s see if they change their mind in the future.

“The Boys is set in a universe where superpowered individuals are recognized as heroes by the general public and work for the powerful corporation Vought International, which markets and monetizes them. Outside of their heroic personas, most are arrogant and corrupt.”

While we don’t have a release date for Season 3 yet, you can watch the first two seasons of The Boys now on Amazon Prime Video.