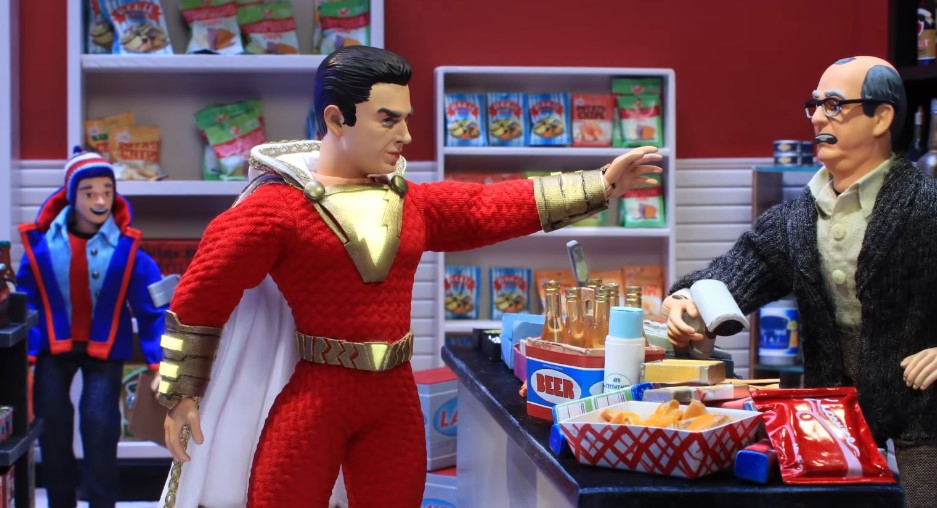 March is almost ending, and next month will see the release of DCEU’s Shazam!. The film is slowly going full steam with its promotion, and Robot Chicken has released this fun short featuring Earth’s Mightiest Mortal.

By the way the characters sound, you could say that they got original actors Zachary Levi and Jack Dylan Grazer to voice Shazam and Freddy. After all the promos they’ve been shooting, you’d think they would have time to do a little recording with the Robot Chicken team.

For now, Shazam! is the first of the only two DCEU films that we’ll be getting this year. We were originally supposed to get Wonder Woman 1984 in November, but the film was pushed back to June of 2020. Now the only other movie left for DC is Todd Phillips’ Joker, and it’s likely we’ll get the new trailer drop after Shazam! hits theaters.

The good news is, everyone who’s checked out Shazam! has nothing to say but good things about Billy Batson’s intro to the DCEU. Then again, we’ll just have to wait and see what the general audience thinks about the movie. Critics were all raving about Batman v Superman before it came out, but we all saw how it slowly derailed the DC train from its original plans.

Billy Batson is a streetwise 14-year-old who can magically transform into the adult superhero Shazam simply by shouting out one word. His newfound powers soon get put to the test when he squares off against the evil Dr. Thaddeus Sivana.