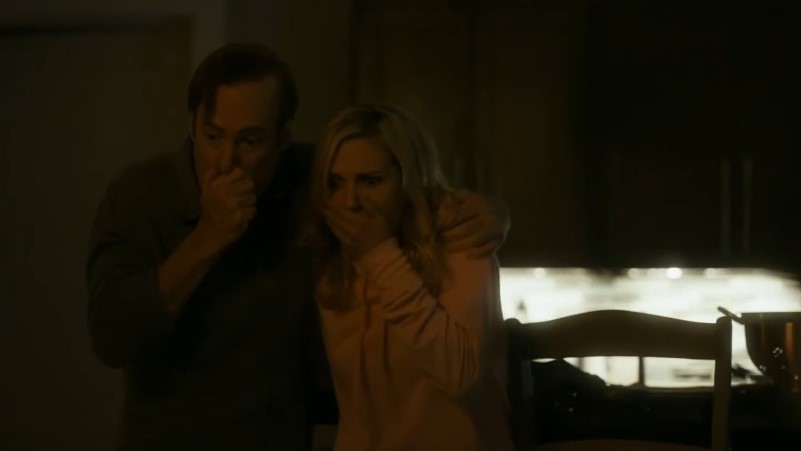 The week started off with a phenomenal mid-season finale for Better Call Saul, and fans will have to wait until July to get the continuation of Jimmy and Kim’s story. While the episode did end with a cliffhanger, we do have a teaser that offers a grim idea of what’s to come.

It’s just a black and white shot of Jimmy and Kim’s empty apartment, but it also comes with the line from Jimmy saying, “So… after all that… a happy ending.”

Seeing as how Kim is nowhere to be seen in Breaking Bad, and Jimmy ends up living in hiding in Nebraska, we know that the show won’t really have a happy ending. Then again, this ‘happy ending’ could come after the events of Breaking Bad; could Jimmy finally be with Kim after all these years? Is Kim even alive? I think the idea that she dies could be too obvious for the writers of the show, but the way things are written, she could very much be in danger—especially now that Lalo has dragged her into the picture.

For a spinoff show, Better Call Saul has managed to pave its own way to critical acclaim. Despite taking place in the world of Breaking Bad, it manages to tell its own story with its very own interesting characters—with some even considering this series to be above Walter White’s story arc.

Catch Better Call Saul when the second half of season 6 returns on July 11.