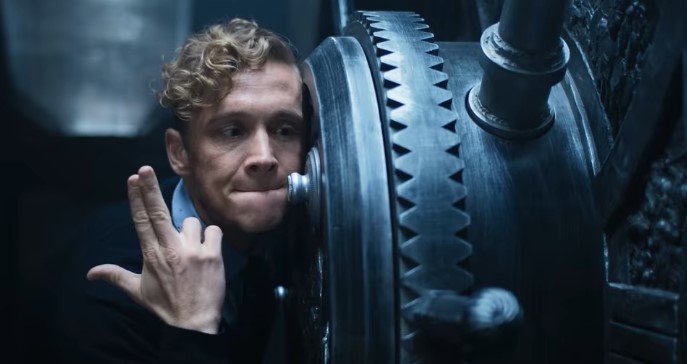 Probably one of the most memorable characters in Zack Snyder’s Army of the Dead was Matthias Schweighöfer’s Dieter, and though the character pretty much met his end in the film, we do get to follow him in a more prominent role in the spinoff prequel, Army of Thieves. Netflix has just dropped the first teaser, and it follows Dieter pulling off a huge heist before he started working with zombies.

Check out the trailer for Army of Thieves down here:

In this prequel to Zack Snyder’s Army of the Dead, small-town bank teller Dieter gets drawn into the adventure of a lifetime when a mysterious woman recruits him to join a crew of Interpol’s most wanted criminals, attempting to heist a sequence of legendary, impossible-to-crack safes across Europe.

Schweighöfer himself is actually directing this film, and besides him, Game of Thrones fans will also recognize Nathalie Emmanuel. Other stars include Ruby O. Fee, Stuart Martin, Noemie Nakai, and Jonathan Cohen.

While some people weren’t fans of Snyder’s Army of the Dead, you could have a fun time by thinking that it’s essentially a big-budget B-movie love letter to the zombie genre. I’m not expecting this movie to be Ocean’s Eleven, but it should be some good fun. If it’s anything like AOTD, then it would be an ode to espionage heist films instead. Then again, that’s just my guess.

No release date has been set for Army of Thieves, but it is set to come out sometime this year. In the meantime, you can catch Dieter in the Snyder-directed Army of the Dead now on Netflix.