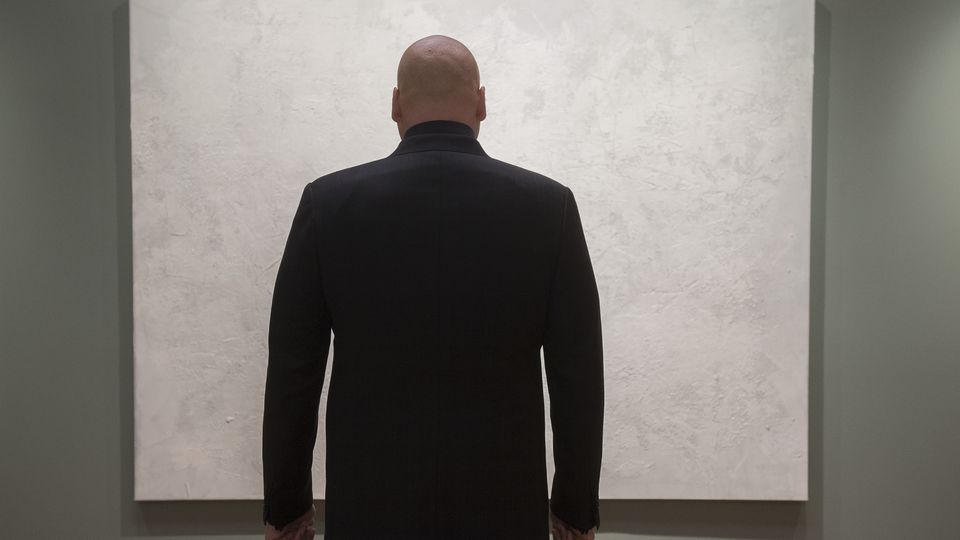 While Marvel Netflix properties like Daredevil have been defunct from MCU canon, there has been a push from fans to have some of the characters come back to the official timeline. Rumors have been going around that Charlie Cox’s Matt Murdock (a.k.a. Daredevil) will appear in Spider-Man: No Way Home, and now word has it that another character from Hell’s Kitchen will appear in the Hawkeye series.

As per a mod post on r/MarvelStudiosSpoilers, some ‘verified sources’ have confirmed that Vincent D’Onofrio’s Wilson Fisk a.k.a. Kingpin will be making a re-debut in Disney+’s Hawkeye series. While some think that Fisk could be connected to the ‘Tracksuit Draculas’ who are expected to be antagonists in the show, it’s said that Fisk’s main connection to the series will be that of Echo (Maya Lopez), his adopted daughter in the comics.

Nothing has been officially confirmed for now, but with fans loving D’Onofrio’s performance in Daredevil, it would be a waste if Marvel just upped and rebooted the character again. While Marvel Netflix wasn’t perfect, they certainly had some salvageable material for the main MCU—and D’Onofrio’s Kingpin is one of them.

No release date has been set for Hawkeye yet, but the source claims that the series is eyeing to come out sometime in November, close to the release of Spider-Man: No Way Home. In the meantime, the next Marvel movie, Shang-Chi and the Legend of the Ten Rings, is set to come out on Sept. 3.