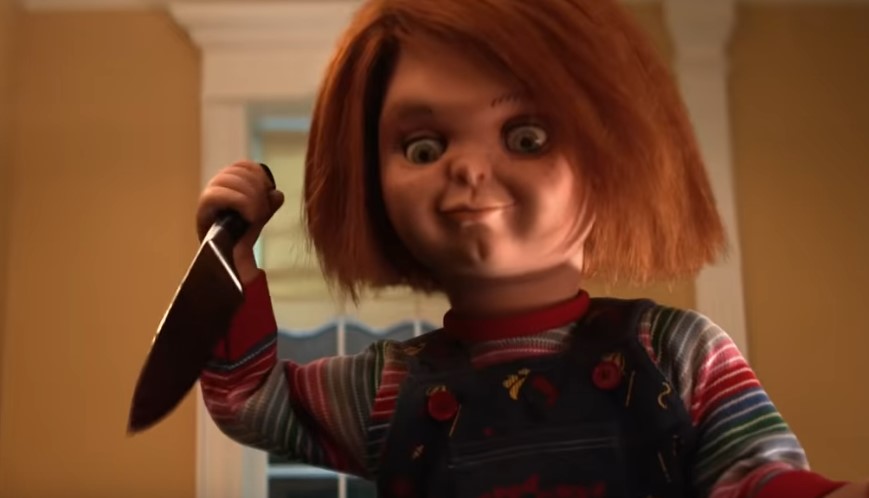 Though there was an attempt to reboot the Child’s Play franchise back in 2019, reviews for the film eventually killed hopes for a sequel. Now original Child’s Play writer Don Mancini is teaming up with Syfy for the return of the original killer doll in Chucky.

Watch the trailer for the movie down here:

Though we know that Chucky is in the center of the show, the new protagonist will be Jake (Zackary Arthur) a young gay teen artist who makes sculptures out of old doll parts. In the trailer, he finds the creepy doll in a garage sale, and things just escalate from that point where Chucky commits murders and somehow Jake is at the middle of everything.

While the show is going to focus mostly on teens, the series is also bringing back a lot of original actors from the Child’s Play films. Returning actors include Alex Vincent, Fiona Dourif, Christine Elise, and Jennifer Tilly. Even original Chucky voice actor Brad Dourif is also going to be providing his voice to the doll in the series.

With Child’s Play 2019 being received poorly by fans, the new Chucky series looks to be returning to form—complete with the original look for the doll. While Chucky may have horrified children, the franchise has grown to have a cult following of people who love the films for their campy, over the top violence.

No specific release date has been set for Chucky yet, but the show is expected to come out sometime in the Halloween season on Syfy.