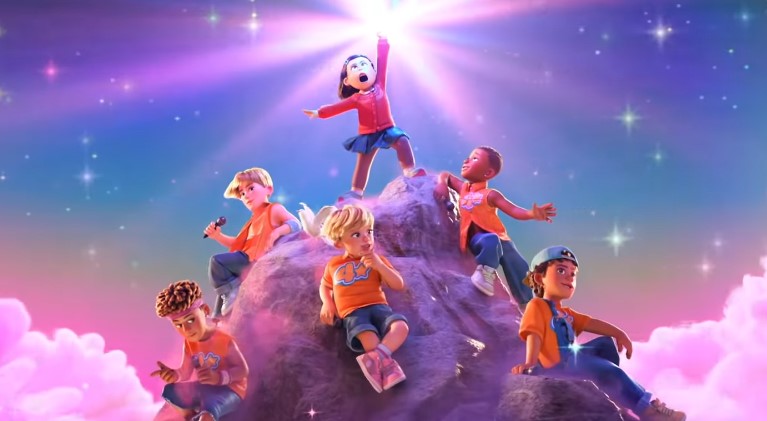 There’s a lot of fun things to look forward to with the release of Disney Pixar’s Turning Red, but one thing people didn’t know was that the songs from fictional boy band 4*Town come from hit artist herself Billie Eilish and her brother Finneas.

In this new featurette, Eilish and Finneas give us a look at the different songs they wrote for the film, and how it’s an ode to the ‘90s era of boy bands. Watch this:

It’s funny because the ‘*’ in the 4*Town name looks to a reference to *NYSYNC who also styled their name with an asterisk. Even if they say that boy bands were a thing that came out in the ‘90s, every generation of teen girls has been met with a group of boy heartthrobs from the Jonas Brothers to K-Pop band BTS.

While it is a bummer that Turning Red won’t be getting a theatrical release, Disney had to make the call seeing that there was a rise on the Omicron variant a few months ago. Maybe there could still be a theatrical release, but at least this time more people can access the film from the safety of their homes.

Disney and Pixar’s “Turning Red” introduces Mei Lee (voice of Rosalie Chiang), a confident, dorky 13-year-old torn between staying her mother’s dutiful daughter and the chaos of adolescence. Her protective, if not slightly overbearing mother, Ming (voice of Sandra Oh), is never far from her daughter—an unfortunate reality for the teenager. And as if changes to her interests, relationships and body weren’t enough, whenever she gets too excited (which is practically ALWAYS), she “poofs” into a giant red panda!