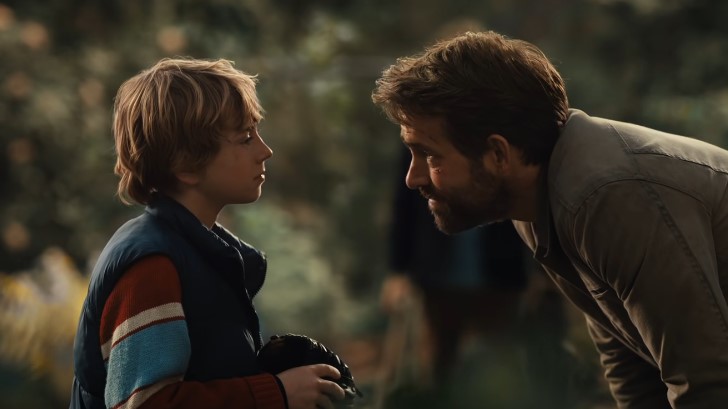 Ryan Reynolds must have loved working with Shawn Levy with Free Guy, because the two immediately teamed up for The Adam Project for Netflix. We have a new trailer for the movie, and it should get fans hyped for the release later this month.

Watch the trailer for The Adam Project down here:

The new trailer actually gives us a lot more of the plot, and we discover that Reynolds is there to stop the invention of time travel (and save his father in the course of the film). We also find out that Zoe Saldana plays Reynolds’ love interest in the movie, and that both of them could be working for the same people who want to keep this time travel business from every happening.

With Levy behind the wheel, we should expect Adam Project to be a family-friendly action/adventure. He’s pretty much established himself with films like Free Guy and Night at the Museum; let’s not also forget his contributions with Netflix’s mega hit series Stranger Things.

Here’s the synopsis for The Adam Project:

Adam Reed (Walker Scobell), age 13, and still grieving the sudden death of his father (Mark Ruffalo) a year earlier, walks into his garage one night to find a wounded pilot hiding there. This mysterious pilot (Reynolds) turns out to be the older version of himself from the future, where time travel is in its infancy. He has risked everything to come back in time on a secret mission. Together they must embark on an adventure into the past to find their father, set things right, and save the world.

The three working together, both young and grown Adam come to terms with the loss of their father and have a chance to heal the wounds that have shaped them. Adding to the challenge of the mission, the two Adams discover they really don’t like each other very much, and if they’re going to save the world, they’re first going to have to figure out how to get along.

Catch The Adam Project when it drops on Netflix on March 11.