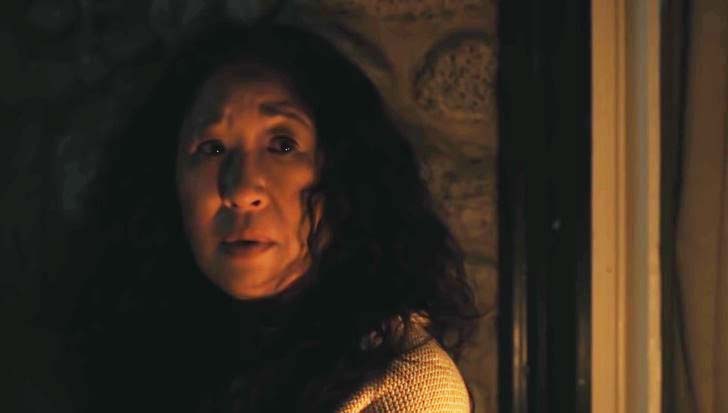 Sandra Oh may be playing an overbearing mother in Disney Pixar’s Turning Red, but she’ll be haunted by her own mother in an upcoming horror film called Umma.

The movie comes from newcomer director Iris K. Shim, and you can watch the first trailer for Umma  here:

Umma, which is the Korean word for “mother,” follows Amanda (Sandra Oh) and her daughter (Fivel Stewart) living a quiet life on an American farm, but when the remains of her estranged mother arrive from Korea, Amanda becomes haunted by the fear of turning into her own mother.

Mother-centric movies have been pretty popular lately with films like Babadook and Hereditary, but this movie looks to add an extra layer of culture by having it focus on a Korean family. Besides the usual drama that can take place between mothers and daughters, there should also be an added element of the immigrant experience—at least that’s what I’m reading from the trailer.

If anything, director Shim isn’t a stranger to these kinds of family horror stories. Back in 2010, she had directed the documentary The House of Suh which also focused on a story of a Korean family that’s been found at the center of a terrible crime. We don’t know if any of that will translate into Umma, but the film definitely looks interesting, and I would love to see Sandra Oh tackle this kind of family drama but in a horror setting.