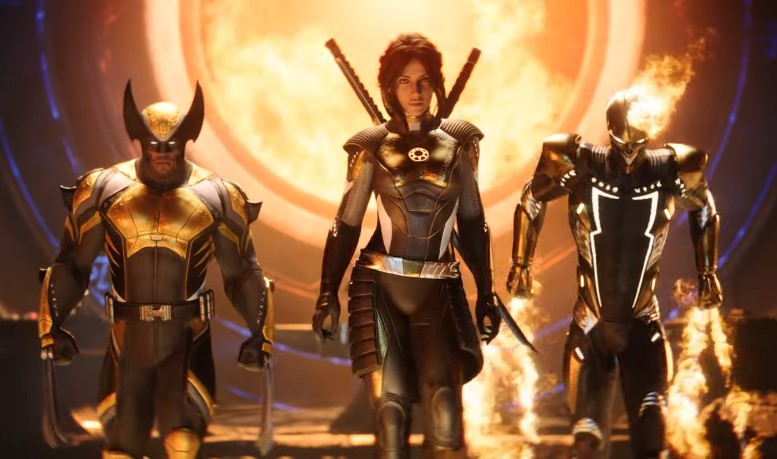 Square Enix’s Avengers A-Day and Guardians of the Galaxy are both traditional action platformers, but Firaxis Games and 2K have teamed up together to bring an entirely new genre to the Marvel IP with Marvel’s Midnight Suns.

When Hell awakens, only they can stop it. Rise up and join a darker order of heroes to defeat Lilith before the Darkhold is complete in this tactical RPG set in the darker side of the Marvel Universe.

As you can see, the game has a full roster of playable characters, both popular and obscure. We have the onscreen Avengers like Iron Man, Captain America, Doctor Strange, and Captain Marvel, but we also have non-MCU players like Robbie Reyes’ Ghost Rider, Blade, as well as Wolverine. As for more obscure characters,  the game includes mutant Magik and Runaways’ Nico Minoru.

When it comes to the character in the middle, The Hunter is actually created for the game, and is said to be fully customizable both in appearance and abilities. In the lore of Midnight Suns, HYDRA raises the ‘Mother of All Demons’ Lilith from her slumber, and her forsaken child, is the only hero known to have defeated her.

We don’t have a look at gameplay yet, but we should expect some very intricate systems from the developers of Civilization. With the action-heavy fun that Marvel is known for, it’s going to be interesting to see how they take the material and put it in a strategy game.