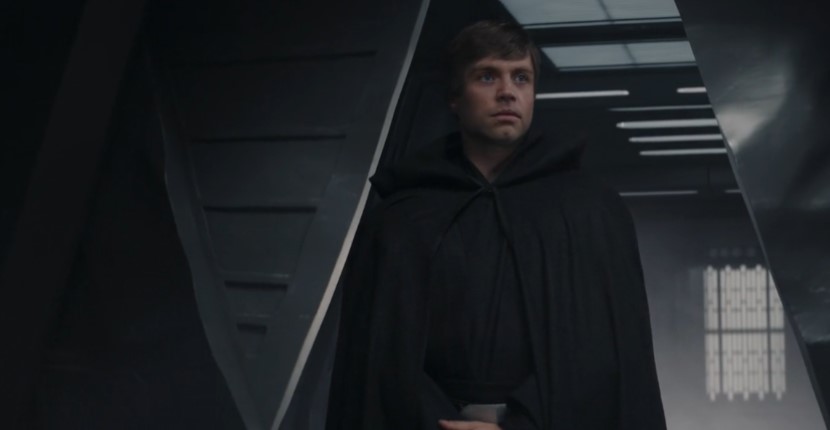 Mark Hamill’s return as Luke Skywalker was one of the biggest kept secrets on the second season of The Mandalorian, but did you know that the showrunners had to make fake concept art to trick some members of the cast and crew about the big reveal?

Check out this concept art that features Jedi Master Plo Koon saving Grogu in the finale:

In order to keep Luke Skywalker a secret, the cast and crew were told Plo Koon was the Jedi rescuing Grogu pic.twitter.com/T9YFCPUhTt

If you’ve watched Revenge of the Sith, you’ll know that Master Plo died during the Jedi Purge (Order 66). With Palpatine being able to return for The Rise of Skywalker though, a lot of people think nobody in Star Wars stays dead until they see them ‘draw their last breath’.

Though we didn’t get Plo Koon, a lot of fans are holding out that we get to see a bunch of other Jedi from the expanded canon make an appearance. Word is going out that Ezra from Rebels would make an appearance in the live-action Ahsoka series, and hopefully we get some more cameos in Clone Wars flashbacks for the Obi-Wan show.

Going back to Mandalorian, while I was happy that prime Luke Skywalker was able to return, I was kind of bummed that they didn’t just recast the role and went for a completely CG-face. While it’s nice that they brought Hamill back for the part, one can’t help but wonder how much of his performance was actually kept in the end result; a lot of fans thought that CG Luke’s face was just so stiff and expressionless.

Either way, I’m curious for the next season of Mando. Will we still be close to the OT timeline, or will we start exploring Sequel territory again? I guess I’m just tired of the same era of Star Wars and want to continue delving into the future.

A release for The Mandalorian Season 3 hasn’t been announced, but The Book of Boba Fett premieres on Disney+ this coming holiday season.