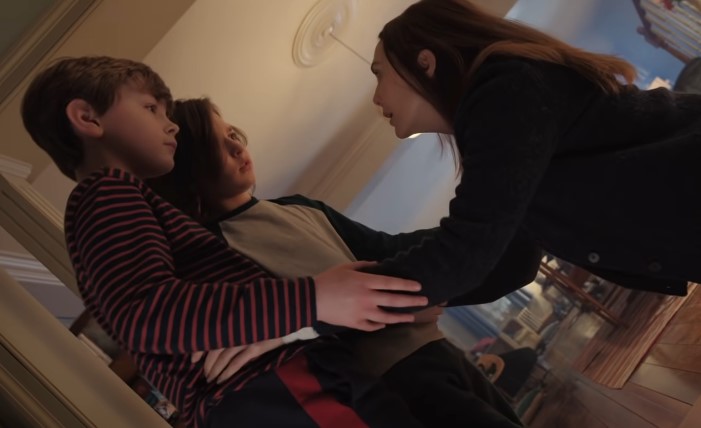 We’d met Wanda’s children Billy and Tommy in WandaVision earlier last year, and it looks like the imaginary offspring will be coming back for Doctor Strange in the Multiverse of Madness.

This was confirmed by the latest teaser for the film. Watch this:

We don’t know exactly how they come into the story, but WandaVision’s post-credits scene did tease Wanda just finding out ways to get them back. My guess is that Wanda will find out they’re alive via the multiverse, but since it’s too dangerous to dabble with it, Strange will have to stop her—turning Wanda into the unsuspecting villain.

Then again, it’s possible that the evil Strange variant could be the main antagonist of the film. I just know that there’s no way it’s going to be either Mephisto or Nightmare, because they would have announced someone in the role by now. It’s kind of the same logic they had when they refused to reveal who was playing Taskmaster in Black Widow.

With Spider-Man: No Way Home delving deeper into the Multiverse concept, we should expect Doctor Strange to really jump in on it. While we’re going to be seeing variant versions of characters, it would be great if we could explore other worlds too. Hopefully the film goes as crazy as we’re expecting it to, especially since Sam Raimi is at the helm this time around.

Catch Doctor Strange in the Multiverse of Madness when it hits theaters on May 6. In the meantime, you can check out Wanda’s backstory in WandaVision now streaming on Disney+.