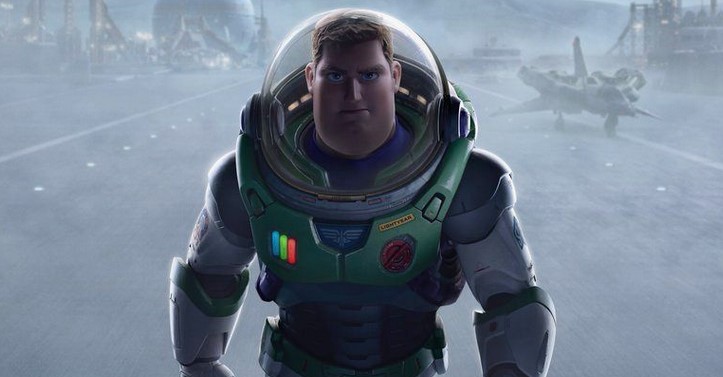 We may not be getting a Toy Story movie anytime soon, but Pixar is spinning off one of the characters with the upcoming Lightyear movie. Just in, the marketing department at the Disney company received a statue of the ‘real’ Buzz, and it gives us a good look at his space suit.

This comes from president of Disney marketing Asad Ayaz:

While fans are familiar with the Buzz Lightyear that was Andy’s toy, this movie will actually delve into the story of Buzz Lightyear the ‘man’—it’s essentially the character Buzz was acting like in the first Toy Story before he realized he was a toy.

You have to appreciate how they tried to translate the toy design into the actual suit. I guess the haircut is also supposed to be a nod to Chris Evans’ modern Captain America look.

We don’t know where the story actually sits in the Toy Story canon, but director Angus MacLane did say, “In ‘Toy Story,’ there seemed to be this incredible backstory to him being a Space Ranger that’s only touched upon, and I always wanted to explore that world further. So my ‘Lighytear’ pitch was, ‘What was the movie that Andy saw that made him want a Buzz Lightyear toy?’ I wanted to see that movie. And now I’m lucky enough to get to make it.”

So far there haven’t been any announcements for Woody’s Round-Up or Slinky the Dog, but I’m eager to give Pixar the chance to tell this story. We’ve gotten so many heartfelt films with Turning Red and Luca, I’m curious to actually watch them tackle something like a sci-fi space adventure.

Catch Lightyear when it flies into theaters on June 17.