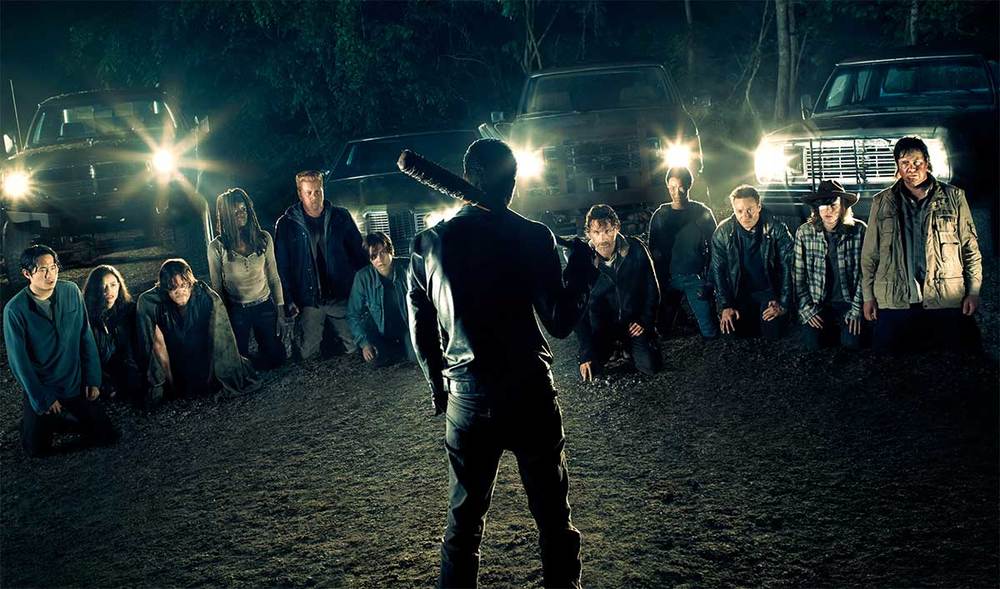 As we inch closer to The Walking Dead’s fall premiere, more details eek out in regards to what’s coming. Of course, Negan will play a big part in whatever is next. It won’t just be the fate of Rick’s group he has control over; much of what follows will stem from his actions, as well.

The Walking Dead producer and director, Greg Nicotero, has spoken on the show’s next chapter. Much of it will be spear-headed by Negan, as he’ll be sharing the spotlight with Rick and Company. In an interview with Deadline, Nicotero also opened up about his experience directing the Season 7 premiere. From the way he describes it, fans should expect yet another emotional rollercoaster ride.

“I think it’s going to get a lot worse before it gets better for our group, and it’s pretty intense. I mean, the show, we’re sort of opening a new chapter. I mean, it’s really, Rick is now, if you really think about his journey in the comic books, he shares the spotlight with Negan in the comic book. Negan now has some ownership over what the show is about. It’s the anticipation and the excitement of new worlds that we’re going to, like the Hilltop, like the Kingdom, like the Sanctuary where Negan lives. Everybody’s putting so much of their heart and soul into it. You know, after directing the premiere episode, I was fucked up for two weeks, you know? I really felt like I dragged a lot of my dearest friends into these really deep, dark places shooting that episode, and it’s been definitely an experience unlike anything that I’ve ever handled before.”

Because the premiere will open with the reveal of who received the Lucille-driven death blow, it’s likely the characters will spend the episode in shock and/or mourning. The aftermath of the execution are also sure to ripple into the episodes that will follow. Negan probably won’t make it any easier, either.

We know three characters are safe, for sure. However, the knowledge still isn’t very comforting. If Nicotero’s words are to be taken to heart, the discomfort won’t end with the reveal. How do you think the aftermath of Negan’s mania will unfold? Tell us your thoughts and theories in the comments below.