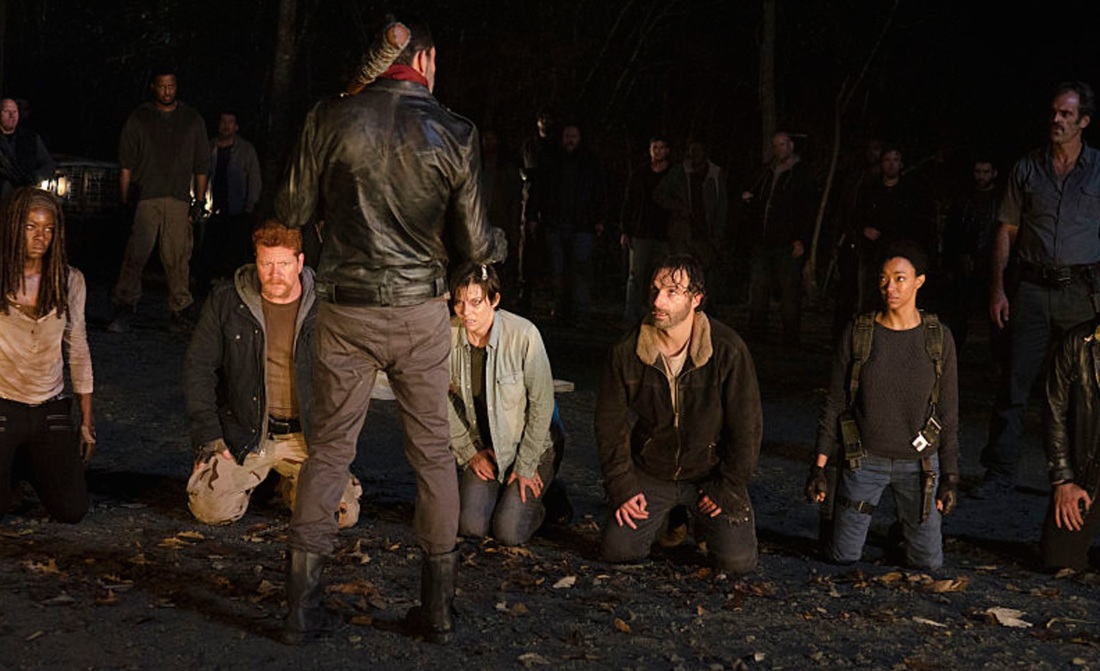 Outrage surrounding the Season 6 finale has slowly begun to die down, following Season 7’s fantastic trailer. The teaser offered no hints as to who Negan set Lucille loose on, but it hasn’t put a stop to fan theories. Speaking with Kevin Smith on the IMDb SDCC stage, Jeffrey Dean Morgan revealed which three characters didn’t get the bat. One reveal lays to waste assumptions based on what’s happened in the comics. Meanwhile, the other two were already safe bets to survive.

Rick actor, Andrew Lincoln, asks Morgan “Who’d you kill, if indeed anyone?” His response is expected, but probably still calming for many, “No one sitting here.” So Darryl and Rick are fine, surprise surprise, but fans were concerned Glenn would be the target, based on the precedent set in the comics. It’s good to know everyone’s favorite pizza boy will live to survive another day in the zombie apocalypse. As wonderful as this revelation is, it still leaves a large number of characters up for grabs. We’ll have to wait until the Season 7 premiere to know anything more. Check out the interview in its entirety below.

When Smith asked how long the show will carry on, the cast was hesitant to answer. However, Lincoln did say it may last as long as the comic run continues.

“The comic book’s still going and Scott Gimple (executive producer) said maybe there was an opportunity to finish the comic book and finish the tv series at the same time.”

It’s a fascinating idea, one that will be met with much gratitude if true. Robert Kirkman previously stated the show wouldn’t catch up to the comics anytime soon. Yet as the books close in on issues in the #160s and Season 6 concluded on Negan’s introduction in issue #100, the cause for concern is warranted. Especially after HBO’s Game of Thrones beginning to outpace the books.

New episodes of The Walking Dead will air starting October 23.