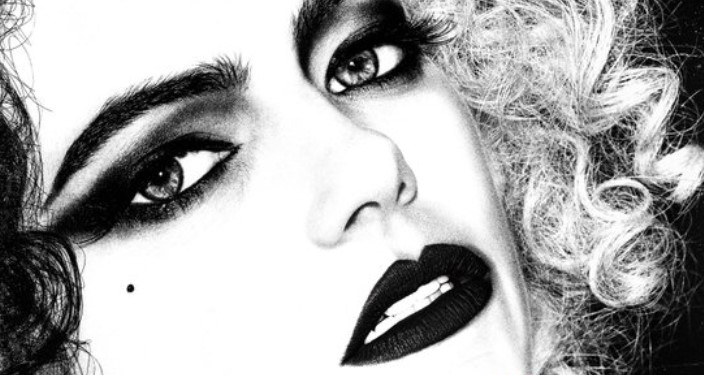 While Disney is making remakes of classic films, there is also another genre that they dabble in where they tell the untold story of classic Disney villains. After Angeline Jolie with Maleficent, we’re going to get the origins of Cruella de Vil from 101 Dalmatians with Emma Stone. The trailer is expected to drop tomorrow, and we have a new poster with Stone as the young Estella.

A synopsis for the film had actually come out back in October, and it reads:

Before she becomes Cruella de Vil?

Teenaged Estella has a dream. She wishes to become a fashion designer, having been gifted with talent, innovation, and ambition all in equal measures. But life seems intent on making sure her dreams never come true. Having wound up penniless and orphaned in London at twelve, four years later Estella runs wild through the city streets with her best friends and partners-in-(petty)-crime, Horace and Jasper, two amateur thieves.

When a chance encounter vaults Estella into the world of the young rich and famous, however, she begins to question the existence she’s built for herself in London and wonders whether she might, indeed, be destined for more after all. When an up-and-coming rockstar commissions Estella to design him a signature piece, she begins to feel as though she has truly arrived. But what is the cost of keeping up with the fast crowd– and is it a price Estella is willing to pay?

With the Maleficent film revealing that the character was actually misunderstood in the Sleeping Beauty movie, it’s curious how Disney is going to approach the story of Cruella. If anything, a lot of fans weren’t really pleased with the changes in Maleficent’s story. Personally, I wouldn’t be opposed to Disney actually giving us a tragedy where Cruella de Vil becomes a fur-obsessed fashionista as she attempts to rise to the top; kind of like a prequel to The Devil Wears Prada.