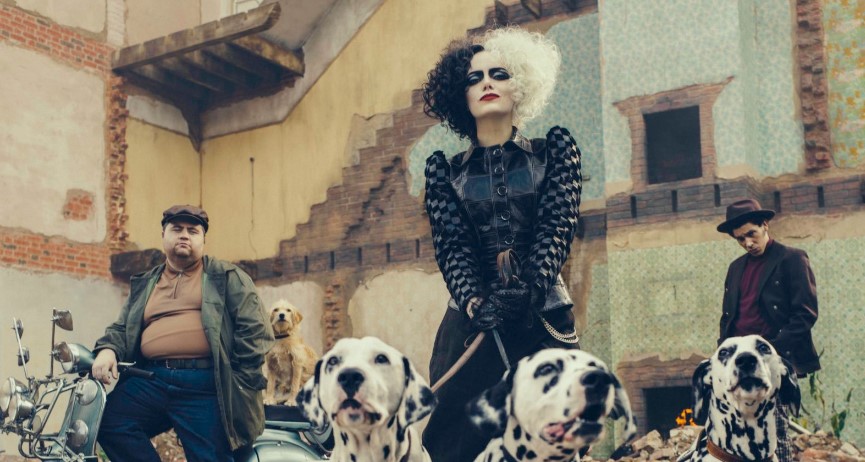 While Disney is busy remaking their classic animated films, there are some more experimental projects in the works, one of which is a 101 Dalmatians spinoff called Cruella which will delve into the origin of the Disney villain. We’ve known for a while that Emma Stone is going to star, and now we have a synopsis for the film.

This comes from The DisInsider:

Before she becomes Cruella de Vil?

Teenaged Estella has a dream. She wishes to become a fashion designer, having been gifted with talent, innovation, and ambition all in equal measures. But life seems intent on making sure her dreams never come true. Having wound up penniless and orphaned in London at twelve, four years later Estella runs wild through the city streets with her best friends and partners-in-(petty)-crime, Horace and Jasper, two amateur thieves.

When a chance encounter vaults Estella into the world of the young rich and famous, however, she begins to question the existence she’s built for herself in London and wonders whether she might, indeed, be destined for more after all. When an up-and-coming rockstar commissions Estella to design him a signature piece, she begins to feel as though she has truly arrived. But what is the cost of keeping up with the fast crowd– and is it a price Estella is willing to pay?

This actually lines up with the rumor that the movie will have something to do with the 70s ‘punk’ scene in the UK. Seeing that this is a Disney movie though, I suspect we’re going to have some kind of PG-version of the scene rather than the more realistic depiction of young anarchists in the 70s.

Interestingly enough, the cast includes Emily Beecham who is set to play Anita (Cruella’s assistant in 101 Dalmatians). The movie will also include Emma Thompson and Mark Strong as the Baroness and Baron, plus Paul Walter Hauser  and Joel Fry as Cruella’s goons Horace and Jasper. Rumor also has it that Dev Patel is wanted for Roger (the owner of Pongo).