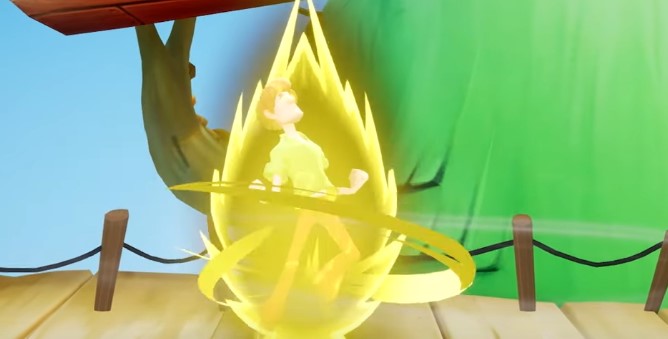 It’s barely been a month since the release of Nickelodeon’s “Smash Bros but Nicktoons” game Nickelodeon All-Star Brawl, and now we’re getting an announcement for MultiVersus, another Smash-type game, but with licensed characters from the WB umbrella.

MultiVersus is a brand-new, free-to-play platform fighter that lets you team up with or against your friends using some of the world’s most iconic characters including Batman, Shaggy, Superman, Bugs Bunny & more. Use unique co-op abilities, find your favorite fighter combos, and save the Multiverse!

If anything, the game feels like the result of WB realizing that they could just include all of their owned IP in Space Jam: A New Legacy. DC and Cartoon Network characters we’ve gotten in fighting games, but if we’re looking at the WB umbrella, we now have potential for characters from Game of Thrones, Harry Potter, or Lord of the Rings. How about a playable Pennywise from IT? You think people would be excited for Dune’s Paul Atreides?

The game even managed to embrace the “Ultra Instinct Shaggy” meme and even got Matthew Lillard to voice him for MultiVersus. This is just nitpicking at this point, but Shaggy should definitely be perma-coupled with Scooby-Doo—just like Tom & Jerry.

Gameplay-wise, there seems to be an emphasis on teamwork, and you can team-up with friends online and combine character abilities. There is also the promise of multiple skins and cosmetics for each character.

No release date has been set for MultiVersus, but the game is likely to come out sometime in 2022.