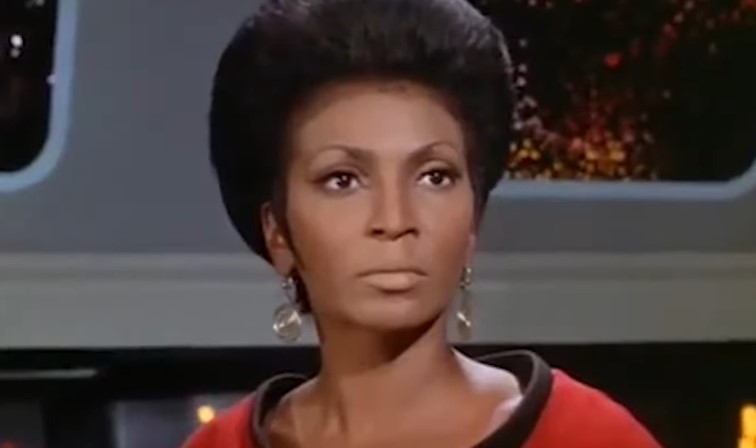 Nichelle Nichols became a pop-culture icon when she played Uhura in the original Star Trek, and fans were saddened to learn of her passing over the weekend. Now tributes are going out to Nichols online, celebrating her legacy in feminism and Black-American culture.

I am so sorry to hear about the passing of Nichelle. She was a beautiful woman & played an admirable character that did so much for redefining social issues both here in the US & throughout the world. I will certainly miss her. Sending my love and condolences to her family. Bill

I shall have more to say about the trailblazing, incomparable Nichelle Nichols, who shared the bridge with us as Lt. Uhura of the USS Enterprise, and who passed today at age 89. For today, my heart is heavy, my eyes shining like the stars you now rest among, my dearest friend.

We celebrate the life of Nichelle Nichols, Star Trek actor, trailblazer, and role model, who symbolized to so many what was possible. She partnered with us to recruit some of the first women and minority astronauts, and inspired generations to reach for the stars. pic.twitter.com/pmQaKDb5zw

My favorite photo of Dad and Nichelle Nichols on set. The importance of Nichelle's legacy cannot be over-emphasized. She was much loved and will be missed. pic.twitter.com/1zlTd4F9BD

It is with great sorrow that we report the passing on the legendary icon Nichelle Nichols. No words. #roddenberry #RIPNichelle #StarTrek pic.twitter.com/wQkB0OZ9t5

A remarkable woman in a remarkable role. Nichelle, you will be deeply missed. Sending much love and respect. pic.twitter.com/ZRnMblXx0Z

Many actors become stars, but few stars can move a nation. Nichelle Nichols showed us the extraordinary power of Black women and paved the way for a better future for all women in media. Thank you, Nichelle. We will miss you. pic.twitter.com/KhUf4YM6pX

Nichols was said to have passed last Saturday, and her son Kyle Johnson was the one who wrote the announcement (via THR):

“Her light however, like the ancient galaxies now being seen for the first time, will remain for us and future generations to enjoy, learn from, and draw inspiration… Hers was a life well lived and as such a model for us all.”

As communications officer Lt. Uhura, Nichols was able to be an icon when it came to the screen, pushing the envelope for women and Black-Americans. Probably the most popular feat of Nichols as Uhura was her kiss with William Shatner, which took place a year after the US Supreme Court legalized interracial marriage.

Though the Star Trek icon may be gone, the character of Uhura manages to live on. Celia Rose Gooding plays cadet Uhura in the prequel Star Trek: Strange New Worlds, and Zoe Saldana—undoubtedly the most popular woman in science fiction—plays Uhura in Trek’s Kelvin Timeline.

Nichols will be greatly missed, but she can rest easy knowing that she helped cultivate a more tolerant and inclusive society.