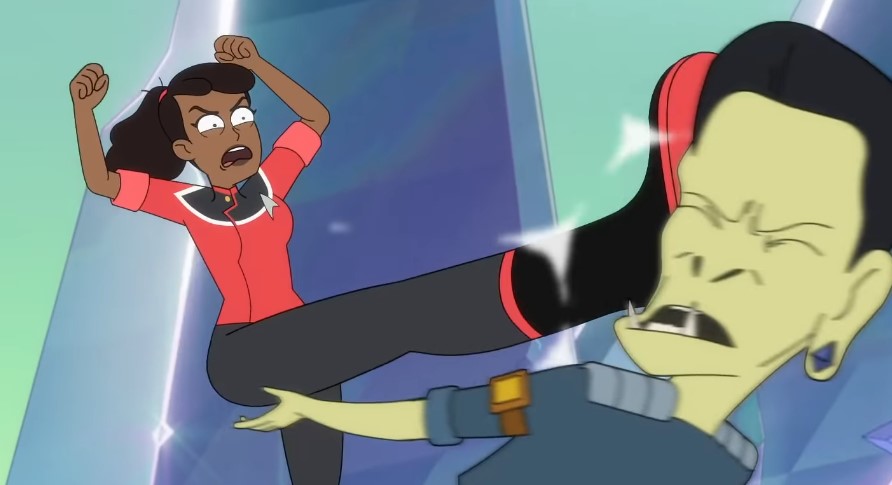 Star Trek is going strong on television, and they have several hit properties with shows like Picard, Lower Decks, and Strange New Worlds. Just in, two shows are set to pull a crossover and will have some animated characters make their live-action debut.

During the Trek panel at SDCC 2022 (via Entertainment Weekly), Lower Decks stars Tawny Newsome (Ensign Mariner) and Jack Quaid (Ensign Boimler) revealed that they would be reprising their characters for Strange New Worlds.

Newsome said about the crossover, “We’re gonna stress them out… We’ll see you guys in outer space.”

The reveal also comes with the trailer for the third season of Lower Decks:

While we don’t have a trailer for the second season of Strange New Worlds, we do know that Mariner and Boimler will be making their guest appearance in the second season. I guess it’s also worth noting that the episode they’ll be starring in will be directed by series veteran Jonathan Frakes (Riker from The Next Generation). Let’s hope this episode of Stranger New Worlds will be just as wacky as we can expect an episode of Lower Decks to be.

No release date has been set for Strange New Worlds 2, but Star Trek: Lower Decks Season 3 airs on Paramount+ this Aug. 25.