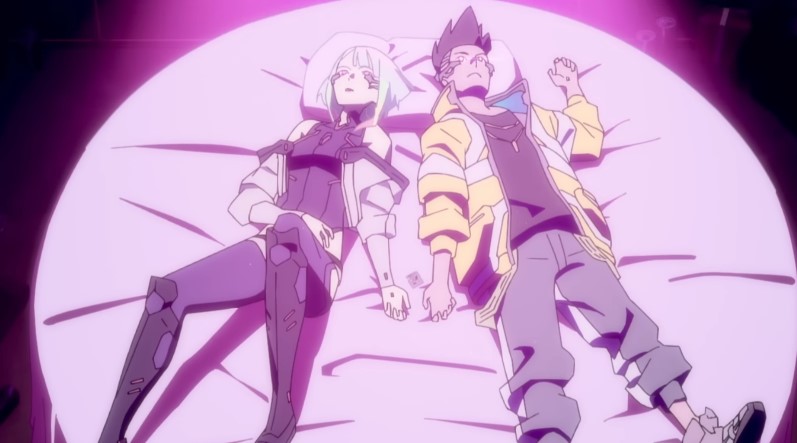 Cyberpunk: Edgerunners just released on Netflix, and just as expected, a lot of elements and locations from the anime are lifted straight from the game. If you’re curious about exactly what is brought over to the anime though, there’s a new teaser that dropped that promotes Edgerunners as well as the new update on the game that’s inspired by the anime.

With this update we focused on bringing various fixes and improvements, as well as adding new Edgerunners-inspired content to the game – including new missions, clothing, and weapons.

So far, the series has been getting some stellar reviews, and is another unique introduction into Night City. With the game’s mature nature, Studio Trigger has made sure that Edgerunners is just as raunchy and mature as the game that it’s based on.

Despite its faithfulness to the game though, Edgerunners still has its very own unique look, and Trigger fans will recognize their signature style when it comes to coloring and character design. Hopefully we get the greenlight for a second season soon.

Cyberpunk 2077 is an open-world, action-adventure RPG set in Night City, a megalopolis obsessed with power, glamour, and body modification. You play as a cyberpunk mercenary taking on the most powerful forces of the city in a fight for glory and survival. Fully customize your character and playstyle as you take on jobs, build your reputation, and unlock upgrades. The relationships you forge and the choices you make will shape the story and the world around you. Legends are made here. What will yours be?

Cyberpunk: Edgerunners is now available on Netflix. Cyberpunk 2077 is now playable for Xbox One, Xbox Series X|S, PlayStation 4|5, and PC.