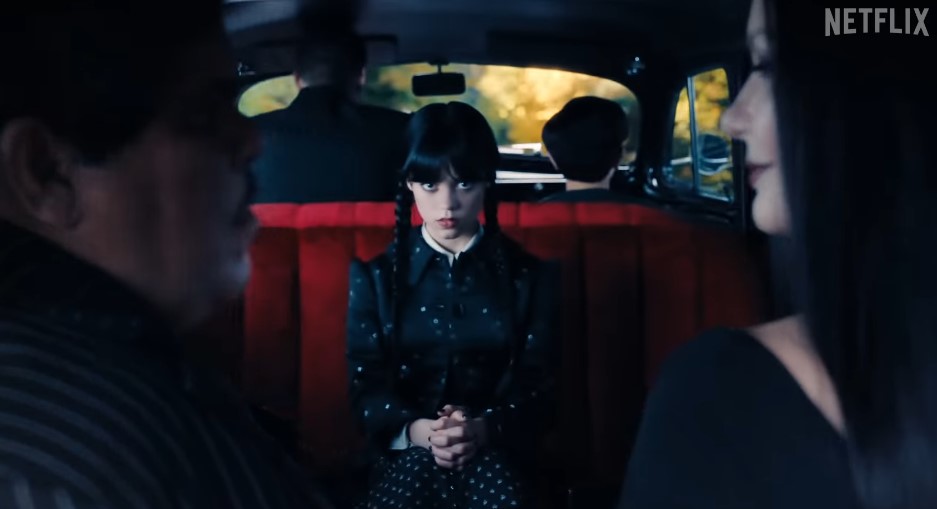 Chilling Adventures of Sabrina may have been cancelled, but Netflix is ready to bring back to the screen another tween with special powers that comes from a kooky family.

A sleuthing, supernaturally infused mystery charting Wednesday Addams’ years as a student at Nevermore Academy. Wednesday’s attempts to master her emerging psychic ability, thwart a monstrous killing spree that has terrorized the local town, and solve the supernatural mystery that embroiled her parents 25 years ago – all while navigating her new and very tangled relationships at Nevermore.

Though we do get some short scenes with Morticia and Gomez Addams, the trailer mostly focuses on Wednesday and her arrival in Nevermore Academy. Though even old Addams Family movies draw from the absurdity of the family when they are placed beside ‘normal’ people, it seems that the setting of Nevermore is there to challenge Wednesday with other characters that could be kookier than her or her family members.

I also have to say, it’s great that the show got Gwendoline Christie for the role of the Nevermore principal, because after playing the lord of the Underworld in The Sandman, who else do we get to play some kind of authority figure for one of the darkest little girls in fiction?

Let’s also not forget that the OG Wednesday Christina Ricci is in this series, so we should watch out for who she’ll be playing.

Catch Wednesday when it premieres sometime around the fall—possibly around the Halloween season.