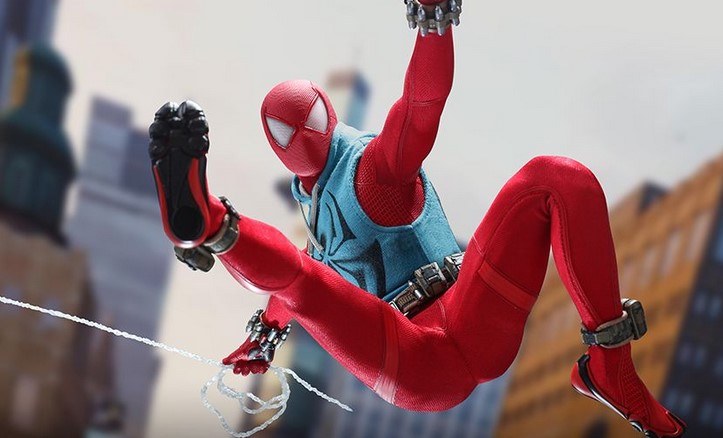 Spider-Man: Into the Spider-Verse had introduced us to several, obscure versions of Peter Parker across the Spidey multiverse, but the sequel is said to be bringing in one fan-favorite from the comics.

As per @CultureCrave, Peter Parker’s clone Ben Reilly a.k.a. the Scarlet Spider is said to be making an appearance in Across the Spider-Verse. We don’t have any details as to how substantial his role will be, but I suspect that he could have a role the same size as that of Spider-Ham, Peni Parker, and Spider-Man Noir in the first movie.

Reilly was created back in the 70s, but rose to popularity in the 90s during the Clone Saga, adapting the mantle of Scarlet Spider. His signature look consists of the red spandex suit with the sleeveless blue hoodie.

With the way the MCU is, it’s possible we won’t get something as crazy as a clone story with Tom Holland’s Spider-Man, but a lot of fans have pointed out that his homemade suit from the end of Spider-Man: Homecoming does harken to the look of the Scarlet Spider, what with the hoodie and painted-on logo.

Going back to Across the Spider-Verse, the movie is expected to really dig deep in the Spider-Man IP. Besides Ben Reilly, toys have confirmed the appearance of Cyborg-Spider-Woman, and there have also been hints that we’ll be getting the Japanese Spider-Man Takuya Yamashiro—complete with giant robot mech.

We don’t know when Sony will give us a new look at Across the Spider-Verse, but hopefully we get something before the end of the year.

The first part of Across the Spider-Verse is now set to release on June 2, 2023.