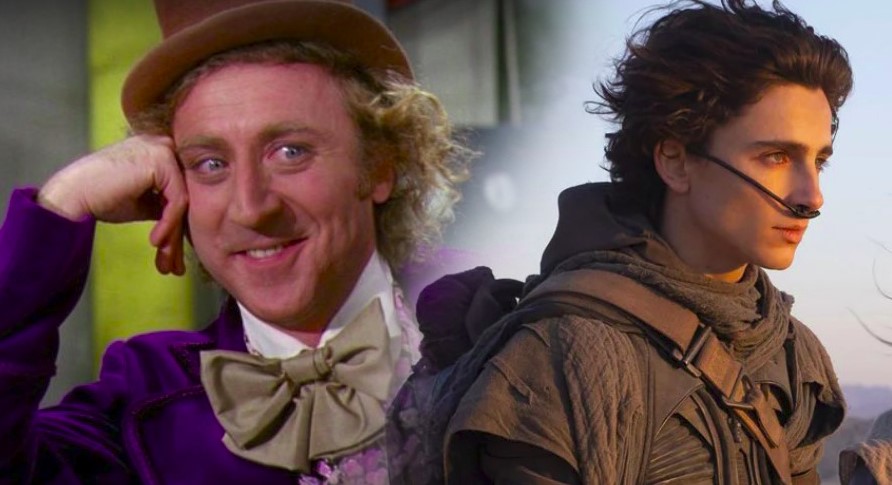 There have been multiple reports over the years of actors taking on the Willy Wonka role from Ryan Gosling to Donald Glover, but the project that has managed to move forward is the prequel starring Timothee Chalamet (Little Women, Dune). Just in, we have our first picture of Chalamet as the magical chocolatier.

This film is supposed to serve as a prequel to the cult classic Willy Wonka and the Chocolate Factory starring Gene Wilder, and is said to be Chalamet’s first onscreen musical performance. Besides the Dune star, the film is also said to include cast members like Rowan Atkinson, Sally Hawkins, and Olivia Coleman.

While the still kind of looks like a gritty Charles Dickens adaptation, I think we should expect the movie to be fun-filled and colorful. After all, Paul King (Paddington) is at the helm of this film, and he’s known for kids’ movies today, they have been getting a lot of critical acclaim.

Though I was eager to see Donald Glover put his own twist on Willy Wonka, I guess this take with Chalamet has a chance to introduce a new generation of kids to the kooky candy world of Roald Dahl; maybe even have them check out the original Wonka film.

Let’s just cross our fingers that King manages to find a banger as timeless as Pure Imagination when it comes to this Wonka prequel.