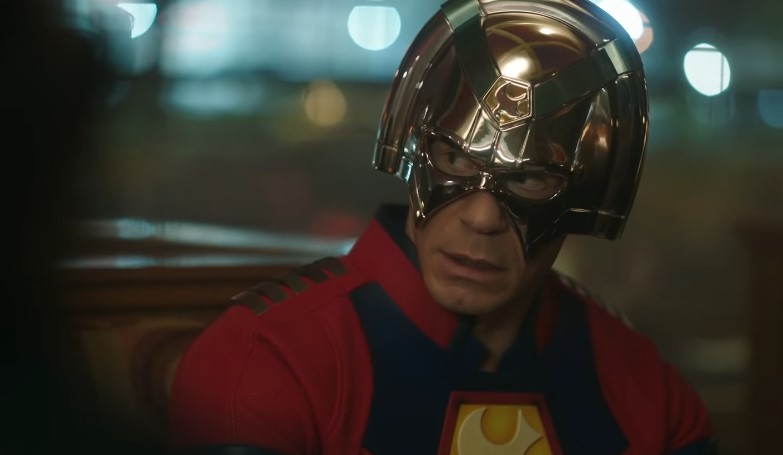 One standout star in James Gunn’s The Suicide Squad was John Cena, and e made more  fun parody on the ‘Super Soldier Boy Scout” with his character Peacemaker. Apparently Gunn also thought that the character was neat and is set to release a series with Cena in the spotlight. We’re probably going to get a better look at the show later this month with DC FanDome, but HBO Max has dropped a new clip of Peacemaker and his team o handlers that work for Amanda Waller.

Watch the clip down here:

Like the character itself, the show continues to poke fun at the trope of the super soldier, and even has Peacemaker walking around with a sidekick animal. It’s also fun to see how serious Peacemaker is about everything he’s doing while everyone points out how ridiculous he is.

While I was personally hoping for Captain Boomerang to have survived in the end of The Suicide Squad, I trust that James Gunn has something fun in store for DC’s “Captain America gone wrong.” With Cena being hilarious in The Suicide Squad, we can probably expect more shenanigans, now that he’s in the spotlight and there are no other hero characters that need to have their own focused arc.

With the DCEU still trying to get back on its feet, I’m hoping that this show will continue in the timeline of Zack Snyder’s established universe. Though it could be a long stretch, it would be great if we got even just one cameo from anyone in the films. How about Ezra Miller’s Flash? Or maybe even Margot Robbie’s Harley Quinn?

Peacemaker starts streaming on HBO Max this January. DC FanDome will give us more of the show when it premieres on Oct. 16.