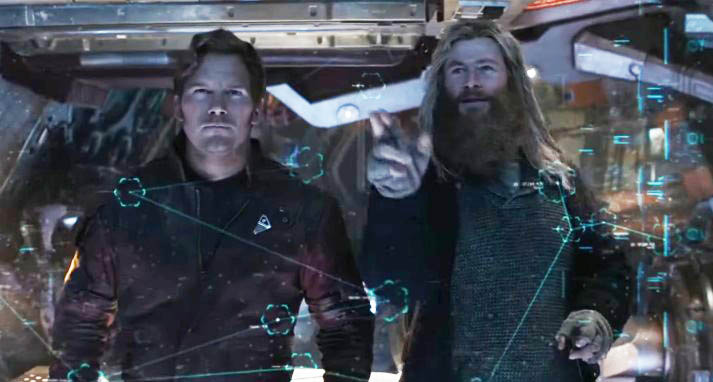 With barely three months until the movie comes out, Marvel Studios has really kept their lid shut on Thor: Love and Thunder. It’s likely we’ll get our trailer with the release of Doctor Strange 2, but some new Marvel Legends leaks have given us a look at some incoming characters like Thor, Star-Lord, and Christian Bale’s villain Gorr.

While Jane Foster had brown hair in the films, it looks like her hair will be more blonde when it comes to this movie. We also have a good look at Thor’s ‘Ravager’ outfit which includes the classic yellow wrap around his boots like in the classic Thor comics.

Star-Lord and Groot look pretty much the same as the last time we saw them, and Valkyrie is sporting the same blue sword from Ragnarok. It’s odd that the new armored Thor doesn’t come with an unmasked head, but maybe the helmet is removable. We also see that Korg is the build-a-figure, and he’s covered his outfit in more fur.

Probably the biggest reveal with these toys is that of Gorr the God Butcher, who honestly looks like a smaller version of the engineers from Prometheus. We don’t know why Marvel didn’t want to go with a more comic-accurate look, but I guess Bale has the acting chops to bring this character to life. Hopefully it’s not a one-off bland Marvel villain which we’ve gotten with entries like Black Widow and Eternals.

Thor: Love and Thunder is set to release in theaters on July 8, but fans are hoping we get the preview when Doctor Strange in the Multiverse of Madness comes out May 6.