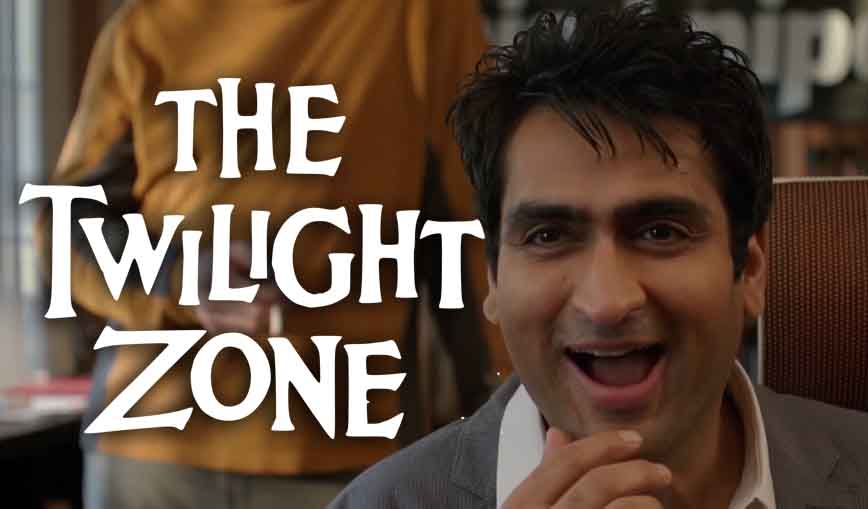 It was recently reported that Jordan Peele’s Twilight Zone reboot had cast Parks and Rec actor Adam Scott to star in his own episode, and now news has come out that the show has found another cast member in the form of Silicon Valley star Kumail Nanjiani.

According to TV Line, Nanjiani will be starring in his own episode of The Twilight Zone written by Key and Peele’s Alex Rubens. We don’t know what kind of story to expect with Nanjiani’s episode, but seeing that Adam Scott’s chapter will be a remake of a classic, it’s likely that they might do the same for Nanjiani.

It’s worth noting that Nanjiani could be taking advantage of the delay on Silicon Valley 6. The show had decided to push its production later next year since showrunner Alec Berg has decided to put all of his focus on the next season of Barry (which he also runs). At this rate, we could be looking at SV6 coming out in 2020.

Just an observation, but it seems that Peele has been casting a lot of actors who have been known for their comedic roles in his Twilight Show reboot. With Black Mirror already dominating the channels with their dark anthology stories, maybe Peele wants to have a more comedic take with his series?

Then again, Get Out was a dead serious film; but it still had some funny moments, particularly from Lil Rel Howery’s TSA agent character.

The Twilight Zone reboot is set to premiere next year.