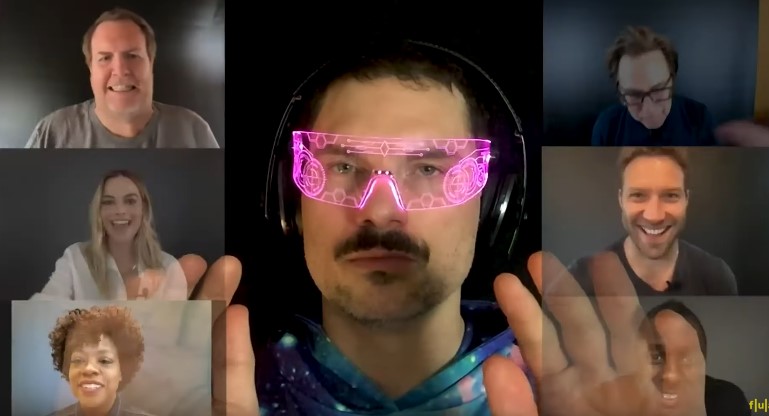 DC FanDome takes place this weekend and DC is trying its best to hype up their upcoming virtual panels. James Gunn is set to have his own panel with the cast of The Suicide Squad, and what’s great is DJ/Actor/Comedian/Musician Flula Borg (who is also in the movie) has come up with a funky remix featuring all the cast members present in the virtual meet-up.

Peoples! It is time to get FÜNKY! Introducing you to #TheSuicideSquad – Behind The Scenes Remix. Just a tiny taste of what is to come at #DCFanDome! Visitate http://DCFanDome.com for all Infos!!

I have to say, there are a lot of fun casting choices in this movie, but I’m really excited to see what Flula Borg has to bring to the table. He’s incredibly funny, and I’m sure he’s going to fit right in with Gunn’s take on the ‘Worst Heroes Ever.’ Borg is listed as ‘Javelin’ in the cast right now, so I have a feeling he’s going to be part of the other super team featuring Nathan Fillion and Pete Davidson. I just hope they don’t kill him off too fast because I’m almost sure that team is going to die.

For now, the story for The Suicide Squad is still being kept under wraps, but hopefully we get a good look at the movie come DC FanDome. Hopefully this time we get a movie that actually respects the director’s vision as compared to what happened with the first Suicide Squad. I know we just got the Snyder Cut approved, but hopefully WB will do the fans one last solid and #ReleaseTheAyerCut.