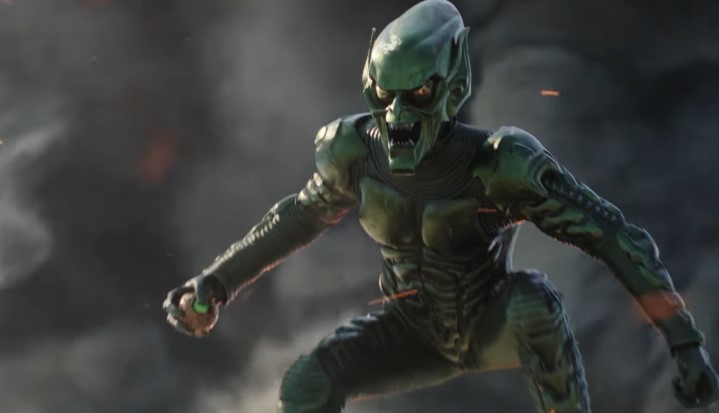 As promised, Sony has dropped a new trailer for Spider-Man: No Way Home, and this should keep everyone good and excited until the movie comes out in a month.

Check out the trailer for No Way Home down here:

While everyone was sure that they would get a reveal for Tobey Maguire and Andrew Garfield, it seems that Sony is really holding back when it comes to spoilers. If anything, only Doc Ock (Alfred Molina) was the villain the got to actually speak. The rest of the revealed villains—Electro, Green Goblin, Sandman, and the Lizard, barely got to say anything in the trailer.

What’s interesting is, we only got five villain reveals for the film, and Spider-Man infamously fought the “Sinister Six”. We don’t know if Sony is waiting until a future movie for a proper team-up, but it’s possible the sixth villain could be Michael Keaton’s Vulture; at some point, I kind of wish that the “Strange is Mephisto” theory is real, so that people can stop pitching it online.

For the first time in the cinematic history of Spider-Man, our friendly neighborhood hero’s identity is revealed, bringing his Super Hero responsibilities into conflict with his normal life and putting those he cares about most at risk. When he enlists Doctor Strange’s help to restore his secret, the spell tears a hole in their world, releasing the most powerful villains who’ve ever fought a Spider-Man in any universe. Now, Peter will have to overcome his greatest challenge yet, which will not only forever alter his own future but the future of the Multiverse.