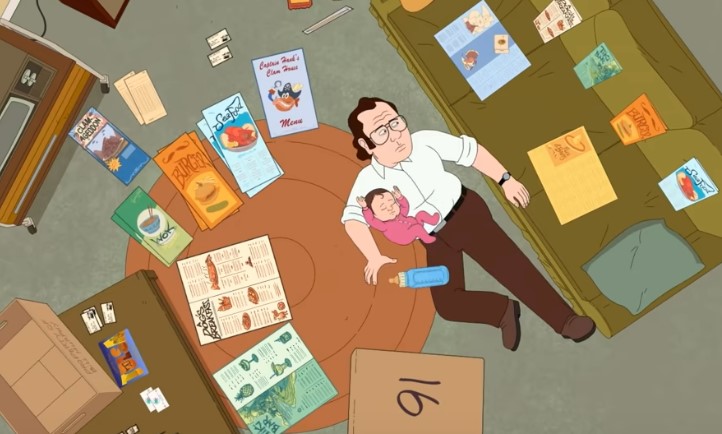 Though Bill Burr is best known for his ‘angry’ comedy, he’s managed to play a very heartfelt (and still angry) character in the form of Frank Murphy in F is for Family. The final season is set to hit Netflix this month, and we have a trailer showcasing the last hurdles the Murphys will have to jump through before they say good-bye.

Watch the trailer for the final season of F is for Family:

As 1974 draws to a close, Frank obsesses over a cryptic message from his dad, Sue tries to patch up a rift in her family, and Vic dives into parenting.

Though Frank is a generally irritable character, the show portrays him as a man from the 70s just trying to do right by his family, topped off with the societal pressures of having to provide for them. Last season had Frank facing up to his terrible father—who is the source of Frank’s problems with his family. Now with his father gone, Frank has a whole bunch of closure to undergo before he can move forward.

While the series isn’t as psychologically deep as BoJack Horseman or conceptually rich as Big Mouth, F is for Family is a very interesting look at family drama, and sort of highlights the social environment of the 70s. While it has the same level of gross out, raunchy comedy as Family Guy, F is for Family is somehow more earnest in its portrayal of a dysfunctional family, and you can’t help but root for every character.

Catch the last season of F is for Family when it premieres on Netflix on Nov. 25.