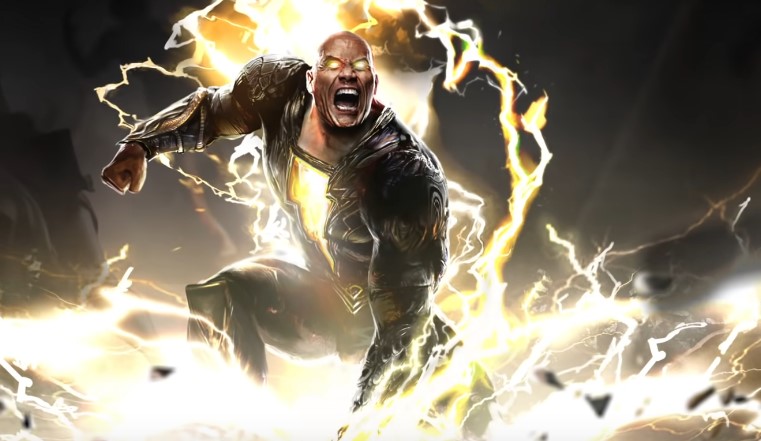 Before we get the return of Shazam in 2023, the DCEU is going to be telling us the story of his nemesis Black Adam next year. We don’t know when WB is going to drop the first official teaser for Adam, but we do have a new image of Dwayne Johnson in costume via a BTS image he shared.

Since the photo is in black and white, you can kind of feel like the set is that of the Rock of Eternity, where Billy Batson meets the Wizard in the first film. While it’s possible that could be the case, I’m guessing this is some kind of ancient throne room where Adam is (or was) the ruler.

Though Black Adam is considered an antagonist in the comics, the casting of the Rock kind of makes me feel that they are going the anti-hero direction for the character. Though the Rock essentially plays the same character in every one of his films, I’m kind of hoping that he goes a more serious direction when it comes to Adam. Closer to that of Jason Momoa’s more stoic Aquaman in Zack Snyder’s Justice League before he was turned into another quippy hero in Aquaman.

Besides Adam, there are other DC heroes set to make their debut in the film like Doctor Fate, Atom Smasher, and Hawkman. While they are members of the Justice Society of America, it’s possible WB could make some kind of change as to not have the audience confuse them with the Justice League.

Black Adam is set to hit theaters on July 29, 2022. The next DCEU film, The Suicide Squad, is set to come out on HBO Max and theaters on Aug. 6.