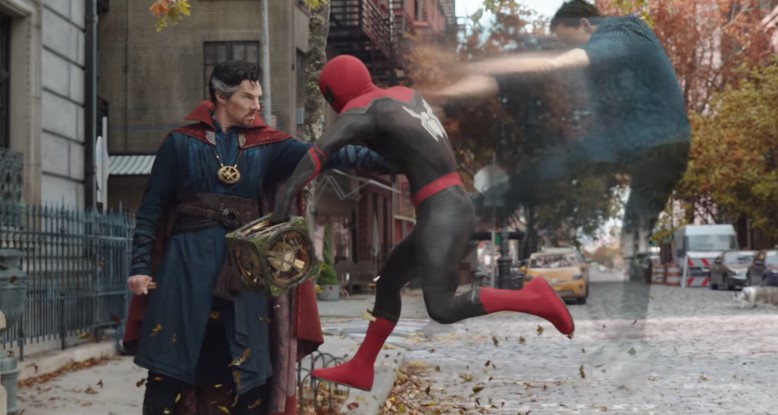 After a low-definition leak got the Spider-Man fanbase going crazy online, Sony has officially released the first trailer for No Way Home, and boy is it crazy.

Watch the trailer for No Way Home down here:

Here’s the plot summary for No Way Home:

For the first time in the cinematic history of Spider-Man, our friendly neighborhood hero is unmasked and no longer able to separate his normal life from the high-stakes of being a Super Hero. When he asks for help from Doctor Strange the stakes become even more dangerous, forcing him to discover what it truly means to be Spider-Man.

The premise seems pretty clear cut in the trailer, and we can immediately see the aftermath of Mysterio outing Peter Parker to the public. We don’t exactly know how things go wrong, but I can’t wait to see all the villains that are going to be making their comeback. Besides Alfred Molina’s Doc Ock, we get a tease for the Green Goblin as well as Electro. Rumors are also going around that Sandman will be making an appearance in No Way Home thanks to the multiverse, and it’s possible Mysterio could still be pulling strings as well.

While the concept of bringing back old villains could be a tad fan-pander-y, I’m hoping that director Jon Watts finds a way to make it more meaningful for Tom Holland’s Peter Parker. I mean, I’m still excited to see Tobey Maguire and Andrew Garfield come back, but they shouldn’t forget that No Way Home is still Holland’s movie.

Catch Spider-Man: No Way Home when it comes out on Dec. 17.