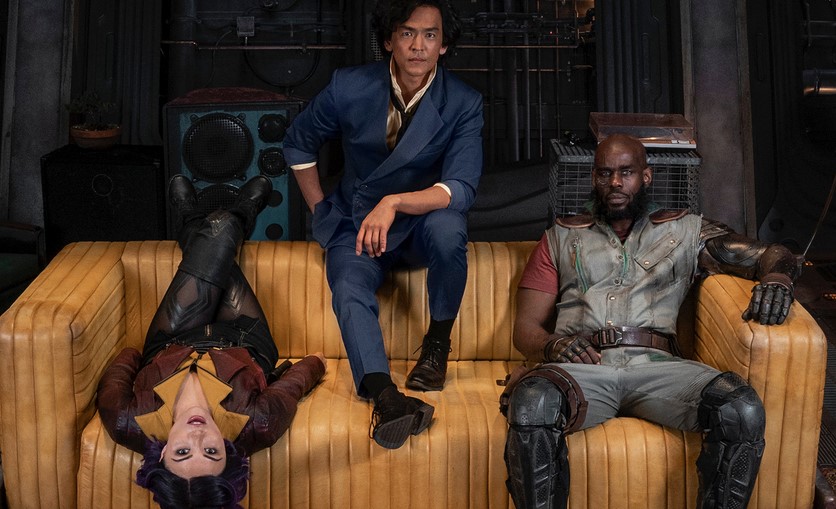 Netflix has also confirmed that the show will be making its debut on November 19 later this year. With the premiere three months away, we should get a trailer drop very soon.

Entertainment Weekly also dropped a lot of other stills which you can check here.

Going back to the pictures, you can see that the costumes pretty much try to stick to the characters’ look from the anime. Sure animated Faye has an outfit that’s more revealing, but I guess this is a tasteful translation of the character for live-action.

It’s also easy to overlook that Faye is holding the leash of the Bebop’s resident mongrel Ein. Now all they need is to cast someone as Ed, but I have a feeling that they’re holding out  to introduce her character in the second season—that is, if we get a second season of Cowboy Bebop.

So far, all the actors look their part. A lot of pressure is on John Cho for pulling off a live-action Spike Spiegel, but I have confidence that he can pull of the action work and the chill bounty hunter persona. I mean, he’s come a long way from the Harold & Kumar movies.

With a solid cast and original Bebop composer Yoko Kanno returning to score the series, Netflix’s live-action Bebop has a lot of great things going for it. Let’s hope it doesn’t disappoint.

Catch the live-action Cowboy Bebop when it makes its debut on Netflix on Nov. 19.