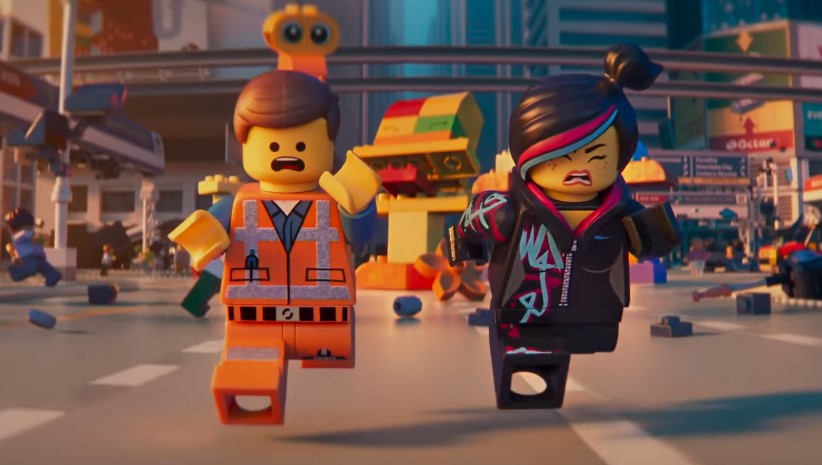 February will see the release of The LEGO Movie 2: The Second Part, and WB is hard at work promoting the movie. The international trailer for the film had just dropped, and it gives us a ton of new footage to work with.

It’s been five years since everything was awesome and the citizens are facing a huge new threat: LEGO DUPLO® invaders from outer space, wrecking everything faster than they can rebuild. The battle to defeat them and restore harmony to the LEGO universe will take Emmet, Lucy, Batman and their friends to faraway, unexplored worlds, including a strange galaxy where everything is a musical. It will test their courage, creativity and Master Building skills, and reveal just how special they really are.

While the other trailers had chosen to focus on the Mad Max landscape after the attack of the DUPLO creatures, this trailer gives us what seems to be the very beginning of the film—which coincidentally the end of the first film. We have Emmet and the others interacting with the DUPLO in Brickburg, and there’s also a short clip of President Business.

Interestingly enough, Will Ferrell has not been listed in the cast, but I’m hopeful they’re going to make him do a small cameo.

We also get a bit more on Rex Dangervest, who seems to be an amalgamation of all the other roles that Chris Pratt has played from Star-Lord to Owen the Raptor wrangler. Just in case you didn’t know, Rex is also voiced by Pratt in the film.