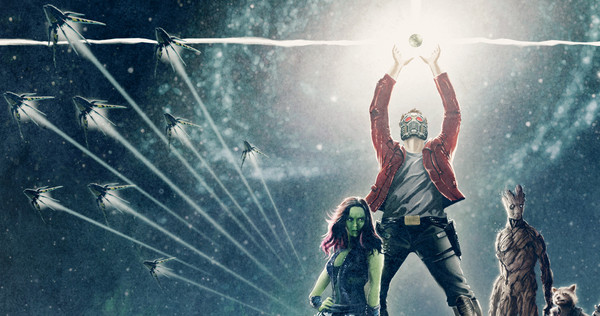 I don’t know about the rest of you, but I for one welcome our new media overlords: Disney. First, they bought the rights to Marvel…now Fox. It’s only a matter of time before we see Peter Griffin fighting Donald Duck in an over-the-top brawl. (Honestly, I’m just keeping my fingers crossed that Homer Simpson will make an appearance in the Frozen sequel)

In all the chaos with Fox, however, I feel many are missing a crossover that is just begging to be made. Let’s not forget, after all, that Disney has their suspiciously-always-gloved hands in other media as well. I’m talking about Star Wars meets Marvel. Chewey meets Groot. Star-Lord meets Skywalker.

How is this not a thing yet?? You’re telling me that NO ONE in production thought this could be an amazing idea?

Think of all the possibilities! Rocket Raccoon trying to take apart BB-8 but getting chewed out by Finn every time. Drax completely unable to comprehend the subtle references to the Force. A conversation between Chewbacca and Groot where everyone just stands there confused.

I mean…come on Disney! It took me 5 minutes to come up with these ideas, and I’ve got about a million others holed up in my room (I definitely didn’t write fan-fiction where Kylo Ren and Nebula argue over who’s more broody – honest!). Don’t you dare tell me this can’t exist…[/caption]

Look…no one is asking for a full-fledged crossover movie. I don’t think there’d be enough theaters in the world to accommodate that many of us nerds rushing to see it.

That doesn’t mean we can’t get a “short” at the beginning of some other movie. If Disney can ship out a 21 minute Frozen short before “Coco”, then I’m pretty sure nothing is stopping them from a crossover short before Infinity War coming out this May. Or – if that’s too soon – I’m sure the fandoms can settle for it being placed before “Avengers 4” scheduled for next year.

So, to all the producers up at Disney: please make this happen.

The happy voices crying out from fans everywhere will be louder than the entire population of Alderaan was.