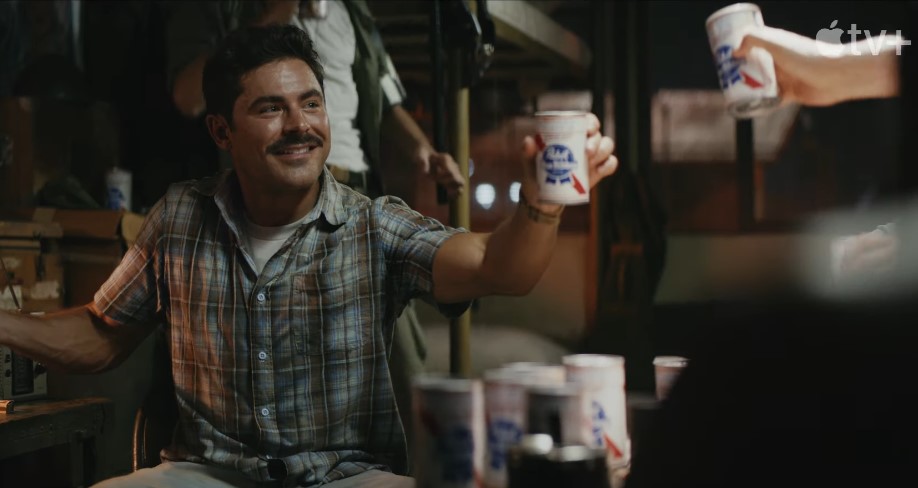 We know all about Draft Dodgers around the time the of the Vietnam War, but what about the story of someone who willingly got into the battlefield—to bring his friends some beer.

The Greatest Beer Run Ever is based on a true story, and stars Zac Efron as John ‘Chickie’ Donohue. Here’s the trailer:

Chickie (Zac Efron) wants to support his friends fighting in Vietnam, so he does something wild—personally bring them American beer. What starts as a well-meaning journey quickly changes Chickie’s life and perspective. Based on a true story.

The movie is based off of the book The Greatest Beer Run Ever: A Memoir of Friendship, Loyalty, and War which came out in 2020 and was written by Chick Donohue and J.T. Molloy. I guess it’s also worth noting that the movie has director Peter Farrelly at the helm.

Though Farrelly had made a name directing raunchy comedies like There’s Something About Mary and Dumb and Dumber with his brother, he has recently—like many comedy directors—made the jump to drama, his last movie, Green Book, earning him an Academy Award.

We don’t know how Beer Run will fare when it comes to Farrelly’s filmography, but the story does seem pretty intriguing, and Zac Efron has proven he has the charisma to pull of comedy and drama.

The Greatest Beer Run Ever premieres on Apple TV+ on Sept. 30.