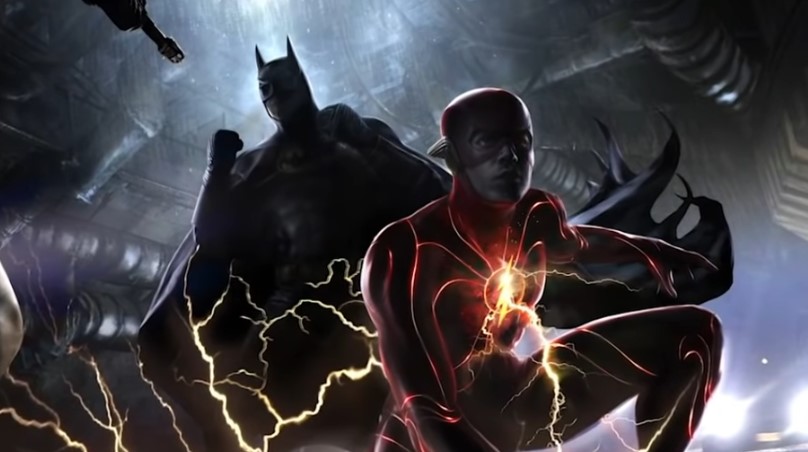 The Flash is finally starting production with director Andy Muschietti at the helm, and after a tease of Michael Keaton’s Batman suit, we now have a tease for the new costume of the Fastest Man Alive himself.

Muschietti shared the costume for Barry Allen on his Instagram:

With the Flash’s costume in Justice League described to be a rough version of the suit, the movie is expected to present us something more streamlined—kind of like Spider-Man’s Stark suit from Captain America: Civil War.

With this movie expected to feature multiple versions of heroes, I’m hoping that we also get teasers for Ben Affleck’s Batman, or other heroes suspected to make a cameo. While I’m still crossing my fingers that WB makes peace with Ray Fisher and puts Cyborg in this movie, I’m also hoping that this film gives us Tim Burton’s version of Superman—from the cancelled Superman Lives, complete with Nicolas Cage as the Man of Steel.

It has taken such a long time for The Flash to get started, and I’m pretty thankful that the movie didn’t entirely scrap the SnyderVerse and brought Ezra Miller back as Barry Allen. Rumors have been going around that the film will feature some kind of Days of Future Past reset, but hopefully the movie opens up a multiverse situation that just canonizes all versions of superheroes.

As Marvel continues to delve into more obscure characters, DC still manages to be more ‘experimental’ with their approach with movies like Joker and the upcoming Batman with Robert Pattinson. Hopefully they manage to keep the creativity on a high, as compared to the MCU which some are deeming too ‘formulaic’ as of late.