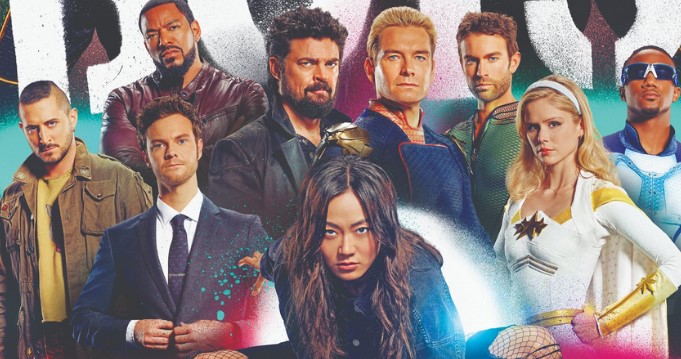 Marvel Studios may be dominating May now with Doctor Strange in the Multiverse of Madness, but Amazon is set to come back with their own superhero property in June, The Boys. Just in, Den of Geek has shared their new cover including the returning cast of The Boys as well as new character Soldier Boy played by Jensen Ackles.

Jensen Ackles, Karl Urban, and more discuss The Boys season 3 and the age of Soldier Boy in the next issue of Den of Geek magazine. Get your issue here: https://t.co/AsWZ3Hvzjy pic.twitter.com/krg0yRnl6B

Though we’re only meeting Soldier Boy now, he actually has a lot of history when it comes to the lore of the boys. Soldier Boy is said to be Vought’s first superhero, and it was him that they decided to brand and package to the world—making them lots of money.

In a way, he’s kind of like Captain America. Though he was used as propaganda in the early days, he has since become a full-fledged superhero which helps sell the billion-dollar Marvel brand—complete with action figures, merchandise, and a slew of box office blockbusters.

Seeing that the show essentially likes to make fun and criticize the superhero genre, I wonder what they have to say about a character like Captain America. I mean, Homelander is essentially making fun of Superman, but Captain America has always been considered to be the more grounded hero. What would Steve Rogers have to say if he was being backed by a company like Vought?

The Boys Season 3 premieres on Amazon Prime Video on June 3.