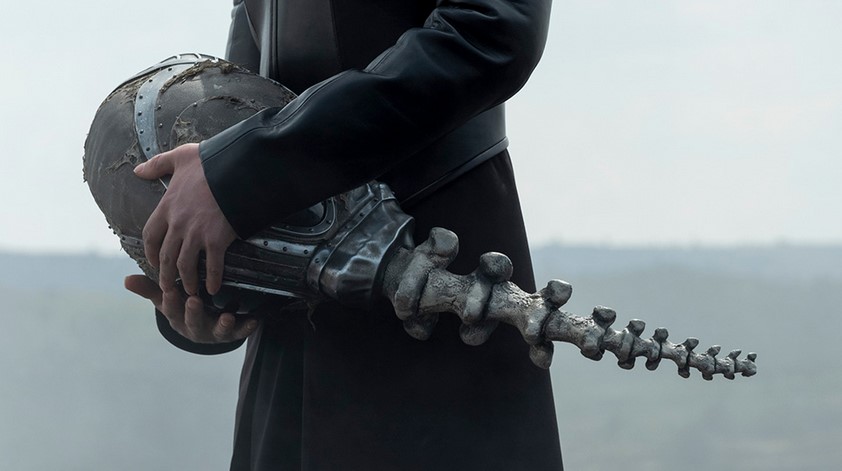 It’s been seven months since Netflix has given us a look at their Sandman adaptation, but now we have a new look at Tom Sturridge as the King of Dreams.

Check out Morpheus in this new image from Entertainment Weekly:

Before Sturridge was even cast as Morpheus, there had been a lot of discussions on who could take on the role, especially since the source material was so unique and there are several versions of Dream that exist within the comics.

“I think I have personally seen 1,500 Morpheus auditions… I hesitate to imagine how many [casting director] Lucinda Syson and her team have seen… Having watched all those other auditions, we were able to go to Netflix and say, ‘it’s Tom,’… We know it’s Tom.”

We don’t know exactly how Sturridge will approach the role of dream, but he does say that he had to spend a lot of the shoot naked. He also says, “I cared very much about the physicality and image of Morpheus… We’ve all seen those pictures, we know about his skeletal, muscular, otherworldly physique.

The Lord of Dreams has been summoned, and captured, by mortal men. Once free from his captivity, this eternal ruler of Dreams will realize that his troubles are only just beginning.

No release date has been revealed for Sandman yet, but with the new images released, we should wait for some kind of trailer or announcement from Netflix soon.