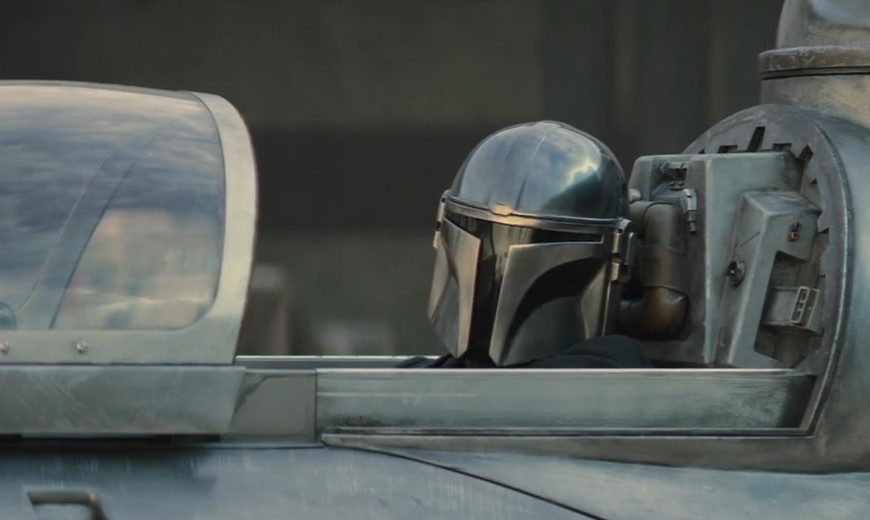 The last episode of The Book of Boba Fett (or rather the first episode of The Mandalorian Season 3) was chockfull of Episode I references from Beggar’s Canyon to an N-1 Starfighter, but one reference that caught fans off guard was Din Djarin saying “wizard,” at the end of his joyride. So what’s the story behind the expression?

The first time the expression was actually used in-universe was in The Phantom Menace when Anakin’s friend Kitster comments on his podracer:

The expression never came back again, but it was spotlighted in a running gag in the Robot Chicken Star Wars specials, where Darth Vader laments on nobody saying “wizard” anymore; all building up to the gag where he throws the Emperor down the shaft and says to Luke, “That was pretty wizard, wasn’t it son?”

It’s kind of a deep-cut reference that very few fans got, and probably left some viewers scratching heads, but as someone who grew up on the prequels and loved the Robot Chicken specials, that reference was, in fact, pretty wizard.

The series may have taken a harsh turn by focusing on Mando this week, but a lot of fans love the live-action teases of Mandalore as well as the several callbacks to Episode I. Hopefully by next week we can get back to the drama with Boba. Hopefully we get a satisfying conclusion what with 2 episodes left.

Catch new episodes of The Book of Boba Fett every Wednesday on Disney+.