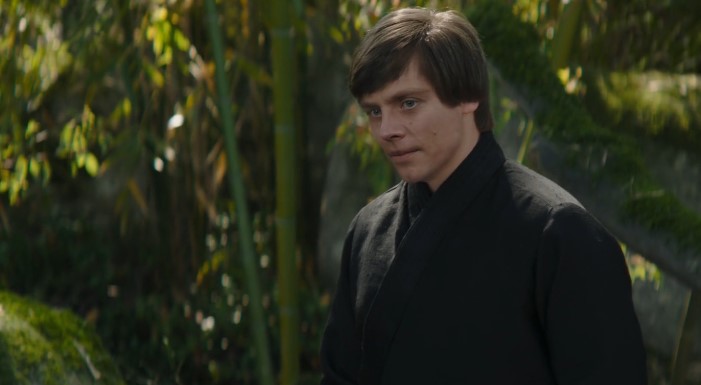 Despite what you think of CG Luke Skywalker in The Book of Boba Fett, it was leaps and bounds better than what we got in the Mandalorian Season 2 finale. Though fans know that the series used DeepFake tech to bring back a young Mark Hamill, they didn’t know that Luke’s voice in the series wasn’t real either.

Esquire reports that Luke’s voice in the series was created through an app called Respeecher. Sound editor Matthew Wood describes the process:

“It’s a neural network you feed information into and it learns… So I had archival material from Mark in that era. We had clean recorded ADR from the original films, a book on tape he’d done from those eras, and then also Star Wars radio plays he had done back in that time. I was able to get clean recordings of that, feed it into the system, and they were able to slice it up and feed their neural network to learn this data.”

You have to hand it to the artists, they have managed to greatly improve on how Luke looks, but when it comes to the way he sounds, a lot of things are still off. They haven’t even managed to find a way to make Luke’s mouth move properly, that’s we barely see it in the scenes where he talks to Grogu.

Here’s what people are saying about Luke’s robo-voice online:

Sure, Disney COULD spend like a few hundred bucks on a voice actor who can sound like Luke Skywalker

But why do that when you can spend hundreds of thousands of dollars developing some ghoulish technology that allows a computer to be bad at acting https://t.co/J0Y6IpfDlH

I didn’t realize until now that the Luke Skywalker in the recent Boba Fett episode wasn’t voiced by Mark Hamill despite him being credited.

They digitally recreated his voice from existing recordings, which is why it sounded so off.https://t.co/ZvCqEtlHaI

Personally, I prefer the Han Solo route of recasting these characters, because they’ve become so much more than the actors that have originated them. While it’s great that CG-Luke was done with archived Hamill footage, the performance was just so wooden it was very odd to watch.

For now, The Book of Boba Fett is gearing up for its finale this Wednesday on Disney+.