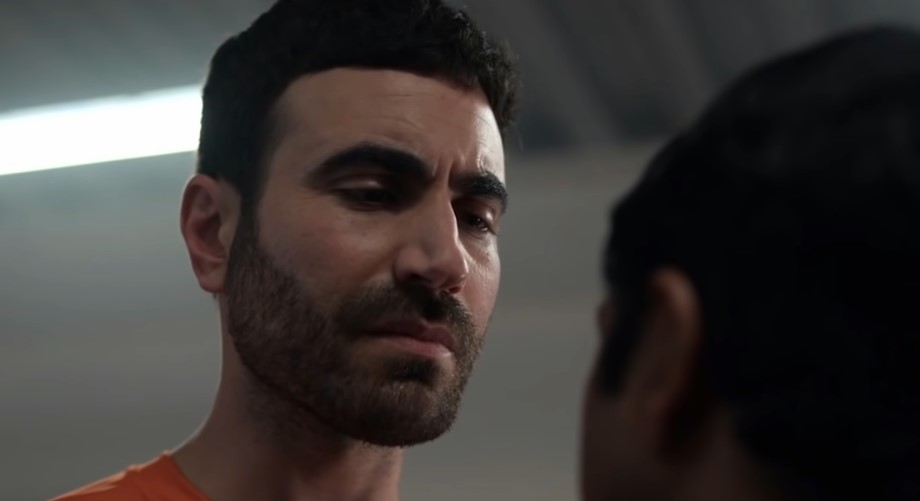 Apple TV’s Ted Lasso is a pretty easygoing, non-problematic show, and somehow it’s fanbase has come up with one of the most ridiculous conspiracy theories—that the character of Roy Kent (Brett Goldstein) is completely CGI. Twitter has been getting comments like this:

Roy Kent is not CGI, Brett Goldstein is just really hot in a way that the world isn't ready for yet.

(also the show's unusually crisp digital cinematography flattens the visual field, which is most apparent in exteriors & lockerroom scenes, where we often see Roy) https://t.co/Ikw60girY5

as long as the @tedlasso people can't trace it to me, I'm sharing the truth about @brettgoldstein as Roy Kent #CGI pic.twitter.com/gMdCnhIxkF

Now Goldstein himself has decided to respond to the conspiracy to lay down any more doubts whether he’s playing a CG character or not. Here’s his post:

My final statement on the matter: pic.twitter.com/YPzNnOu4mg

It’s funny that Roy should be the center of such a ridiculous theory as he’s a pretty no-nonsense presence in the show. Whereas Ted is all about optimism and positivity, Roy is an interesting foil in which he’s just intense, seething anger that’s necessary to keep everyone on the team in line.

Goldstein has just won the HCA TV award for Best Supporting Actor in a Streaming Service, and the second season of Lasso has been getting stellar reviews so far. We don’t know what other ridiculous fan theory could come our way when it comes to the show, but it will probably be hard to top the idea that Roy is an entirely CG character that Apple is trying to sneak under the fans’ noses.